We actually can’t believe this. 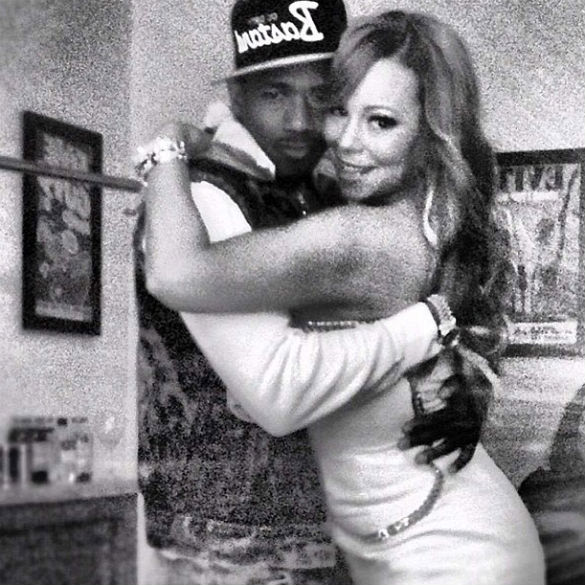 Nick Cannon has confirmed that he is living separately to Mariah Carey following speculation of a split.

Yep, it’s actually been confirmed that the pair have been staying in separate houses as they try to work through their problems.

Speaking with Yahoo’s The Insider Nick explained, “There is trouble in paradise…we have been living in separate houses for a few months.”

He then denied that there had been any cheating (as rumoured) and stressed that the couple’s three-year-old twins Morrocan and Monroe are their ‘main focus’.

The couple married after just two months of dating back in 2008.

A publicist for Mariah said, “I am not commenting on Mariah’s personal life, but Mariah is focusing on her children and her upcoming tour.”

TMZ had reported that Mariah, 45, was recently left seriously furious after Nick, 33, went on radio and revealed five celebrities that he reckons he has slept with.

BEFORE HE WAS WITH MARIAH, FYI!

Apparently he dated Kim back in 2006 between her first and second marriages but SCHERZY? Well, we never!

However, Nick was confident at the time that Mariah wouldn’t give a hoot about his claims.

He then went on to claim that he had lost count of the number of people he had slept with overall because ‘this is LA’.

“Are you kidding me this is L.A.? That’s the whole purpose of it, you have sex with actresses, singers, models,” he claimed.

The last time Nick mentioned his wife on Twitter was in November while Mariah only mentioned Nick when she posted a Father’s Day message back in June.

Their last public red carpet appearance was at the SAG Awards in January.

We just hope they manage to patch things up and this really just is a ‘trial separation’.