It’s only been a few months since Nicole Scherzinger and Lewis Hamilton called it quits on their relationship for the several-thousandth time. 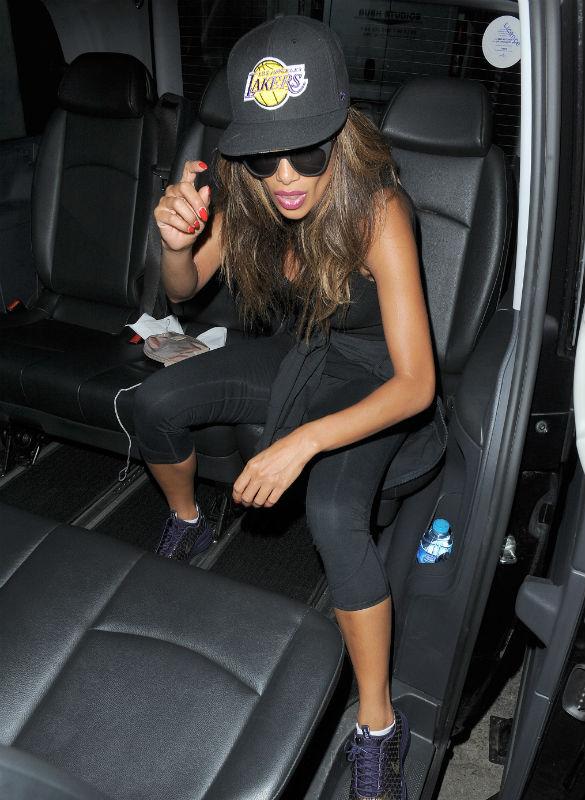 But it looks like the pair could be back together AGAIN following these two very sneaky MazSight updates during the Mayweather Vs Pacquiao fight in Las Vegas.

Being the Sherlocks that we are, Yahoo Celeb noticed what appears to be Nicole’s ring in Lewis’ ‘look I got tickets’ brag snap, before Nicole then MazSightmed a pic of her own ticket.

Fans were quick to warn them both that they’d be sharing the room with each other, but by the looks of things, this is no coincidence *DUN DUN DUNNNNNN*.

The couple split in February after enduring several months of rumours that things weren’t particularly great between them.

A source exclusively told Yahoo Celeb UK: “The relationship is over for good this time. Nicole has been really upset and has been trying to clear her head.”

Nicole, 36, was said to have “cut all ties” with Lewis in the hopes that the pair wouldn’t be rekindling their relationship for a second time following their emosh reunion in 2013.

Meanwhile, just a month ago, Lewis, 30, was busy telling the world that he’s totes over the whole thing, revealing:

“Of course, in the previous years it has been the case where it’s affected my life in general.

“Last year, I adopted, maybe the word is a mental attitude, that was impenetrable.

“But I feel that I still carry that kind of mentality from last year and whilst it’s not been easy, I feel stronger than ever.

“Having been in this position before, I don’t feel that it’s going to be a problem.”

The couple both arrived in Las Vegas two days ago ahead of the big fight night, taking to Twitter separately to share snaps of their awesome lives.