So it was no surprise that Nigella Lawson seemed emotional as she opened up about her personal life on Michael McIntyre’s BBC chat show, which airs on Monday.

Despite appearing tearful, the TV chef, 54, admitted that she was feeling positive about things following her very public split from Charles Saatchi.

[ Nigella Lawson Only Asked For The Contents Of Her Kitchen After Charles Saatchi Divorce, Friend Claims ]

She said: “Well, you know, I’ve had better times. You know its spring and I’m feeling better and I’m very happy to be here.”

But when asked how she’s getting on in her life at the moment, Nigella simply replied: “I’m alive.”

Speaking to the comedian, she added: “Well I’ve been alive longer than you so I know that you know life has it dips and it can get better, you can’t fight it.”

The star faced a LOT of increased media attention last year as her marriage fell apart and she became embroiled in a court case but it seems that she’s got a darn good philosophy about the whole thing.

She went on to say: “You have your own life and you are the person inside. I really think if the major thing in your life is what people who don’t know you think then you are living your life wrong. 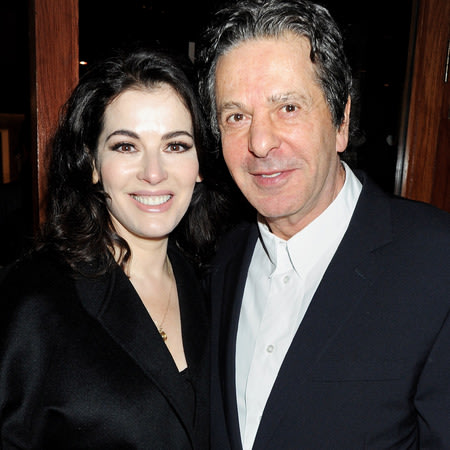 “I’m not particularly guarded and I say and do some things I may regret later. But I would rather embarrass myself and be a bit idiotic sometimes than spend my whole life worrying about what people think.”

But Nigella decided NOT to pass comment on her estranged husband, who is currently dating Trinny Woodall.

Instead she added: “I’m not an innocent, I understand how it works. I just don’t involve myself. I don’t speak and don’t comment. I could say things and be indiscreet but I don’t want to.”