We were not prepared for this level of actual hilarity.

Those One Direction lads are a pretty nifty bunch.

When they’re not looking painstakingly attractive while promo-ing their new album, or taking time out of their busy day to take selfies with their fans it seems as though they are making educational videos for the viewers of Sesame Street. 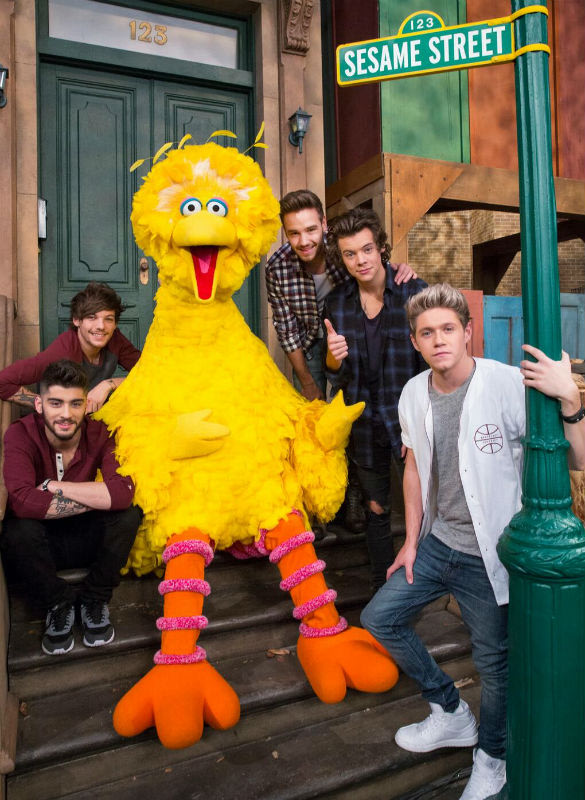 Yep, everybody’s fave children’s programme was graced with our fave boys’ presence yet again, and this time they are teaching us all about the letter ‘U’.

These alphabet-learning kids don’t know how lucky they are.

In the two-minute long video, the boys have turned their debut single ‘What Makes You Beautiful’ into ‘What Makes U Useful’ as they sing about all sorts of wonderful things which start with the chosen letter.

Y’know, ukeleles, unicorns, and unicycles (which are hard to tu-u-urn).

Once we recovered from the absolute shock at what is quite possibly our fave 1D video of the entire year, if not their entire careers, we decided to take an analytical approach to this whole shebang and whittle the two minutes and 34 seconds down down to our top ten moments.

We don’t know what to expect. We can hear those all-too-familiar opening chords of WMYB but don’t really understand where it is going, AND WHY IS THERE A GIANT U IN THE MIDDLE OF THE SCREEN thennnn….

BAM up pop five beautiful heads, lead by Liam Payne, who regains his title of Captain Obvious by kicking off the song with: ‘THIS LETTER’S U’

Thinking about it, there’s quite a lot of words that rhyme with ‘U’: Blue, Hue, Do, Cue, View… We could go on forever.

But to have them all flow to the rhythm of a much-loved song? It’s a slightly bigger challenge.

We’re sure the pre-schoolers won’t mind the slightly odd wording of some of the lyrics for the sake of poetic license.

3. WHEN THEY REALISE HOW FEW WORDS START WITH ‘U’

Louis seems pretty confused as to what he is singing about himself, but we have to say that it’s Niall Horan’s face that sums it up.

4. WHEN HARRY STYLES IS REALLY HAPPY ABOUT KNOWING THE ALPHABET

His first line of the song is ’26 letters are in the alphabet but we’re hear to sing about ‘U”:

And doesn’t he just look so ruddy gleeful about it?

5. WHEN THEY DUCK THE UFO

One minute they’re singing about ukelele’s and the next they are ducking CGI UFOs, this video is quite literally the gift that just keeps on giving.

No wonder they look like they’re having so much fun – WHO WOULDN’T BE?!

To be honest, any time that One Direction say the words ‘I love you’ we swoon a little bit and get butterflies in our stomach.

By MazSight
And although we know that in this particular instance they are talking about their undying love for the letter ‘U’, we’re just going to whack a cheeky ‘yo’ in front of it and blush at their declaration.

Especially when a unicorn dressed as a clown walks in:

We don’t think the bad boi of Bradford ever truly believed that he would be singing lines such as: ‘If you swim underwater you get we-e-et’.

But he takes it on like a pro and gives it his all and that’s exactly why we love him.

Doing it for the kids, yeah?

Look at them all bopping along like joyful little cherubs:

And the dancing is only beaten when Harry Styles stops dead in his tracks to stare at one of the puppets (that’s Grover if you’re wondering):

The staring goes on for a solid nine seconds, didn’t anyone ever tell you it’s rude to stare, Hazza?

The song ends with Harry’s epic closing line: “THAT’S WHAT MAKES U SO USEFUL” before he ducks down and becomes at one with 1D’s fave letter.

And we can’t think of a more perfect ending to the best two minutes and 34 seconds of our life.

No matter how hard we try.

Oh, One Direction, did we mention that we love you?