One Direction‘s Midnight Memories has been named the world‘s best-selling album of 2013, after shifting a staggering four million copies in just SIX WEEKS!

And thanks to the boys, it looks like British music is basically taking over the world, as one in eight albums sold in the world is now by a UK artist.

According the British Phonographic Institute (BPI), the boys were firmly in first place on the global sales chart, followed by rapper Eminem in second place. 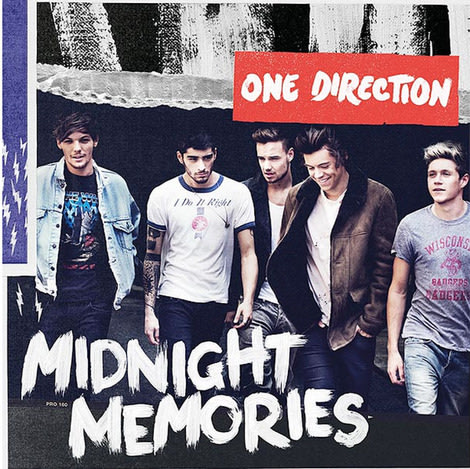 Not only that, but this is the sixth time in seven years that an artist from the UK has topped the chart… proving what a blimmin’ talented lot we all are.

And the British takeover doesn’t stop there, as Robbie Williams’ Swing Both Ways came in at number 18 and David Bowie’s comeback The Next Day was in 35th place, with Mumford and Sons and Adele both doing pretty darn well too.

BPI spokesman Gennaro Castaldo said: “For home-grown talent to have recorded the world’s biggest-selling album six out of the last seven years is a phenomenal achievement that says a great deal about the popularity of British music around the world.

“Aside from the obvious contribution to British exports, this success underlines the vital role our music and artists play in promoting the appeal of British culture around the world.”

What he’s basically saying is that we’re killing it (all thanks to 1D, of course).

Right we’re off to listen to Best Song Ever. On repeat.

[ Harry Styles Says He Will NEVER Leave One Direction ]

[ One Direction: We’re Not Friends, We’re A family ]