Well Bollywood, we suppose you can borrow him as long as you promise to give him back.

One Direction’s Zayn Malik is reportedly eyeing up a cool half a million pay check to record one song for a Bollywood movie.

The 21-year-old is being wooed by producers in Mumbai, who want him to follow in the footsteps of Kylie Minogue and Snoop Dogg and join the lucrative Asian movie market.

Bollywood producer Ashwin Varde revealed: “One Direction has a huge following among the youth, especially in major cities. 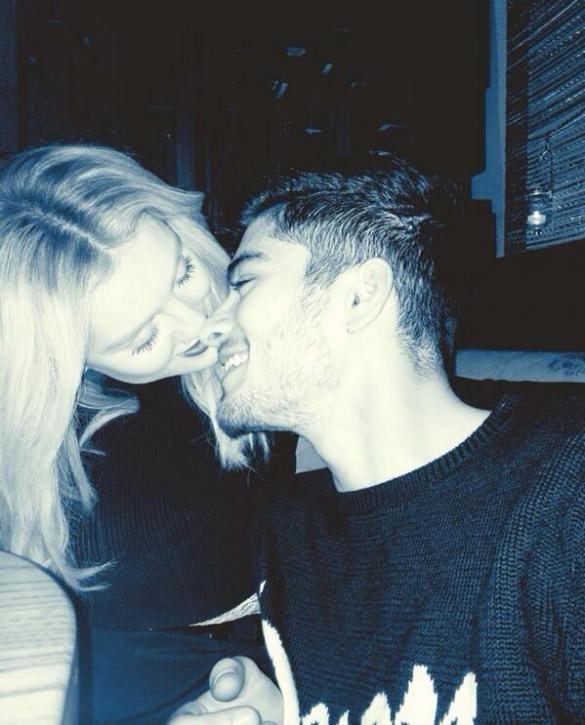 “Zayn is very well-known in that circle and holds tremendous promise if given the right break in Bollywood film. Bollywood has always welcomed actors from the UK, like Katrina Kaif and Amy Jackson.

“Zayn appeals to an even younger audience, which is the driving force of Bollywood movies today.”

Another insider added that those in the biz don’t just want the Bradford boy behind the lens either, sharing: “One very big production company is putting together an offer for him to act as well as sing.”

Hmm, although he embraced his role of Veronica in the Best Song Ever music vid, we somehow can’t see the notoriously quiet popstar agreeing to be in front of the camera without his bandmates.

Who can forget how he reacted when he was asked to dance as a solo artist during X Factor?

To be honest, it sounds as though these peeps are just being a tad pushy and Zayn has no actual intention of taking them up on any offer, with the insider also saying: “He has turned down one song so far but if the right one comes along it could be great for him.”

We think he might be doing pretty well with 1D, thank you very much.

Zayn, who is half Pakistani and comes from a Muslim family, has a huge following across Asia.

Famous on-screen Bollywood actor, Gulshan Grover, also reckons that the singer should cash in on his popularity and sign on the dotted line, he said: “There is definite interest in getting Zayn to star in a Bollywood film or deliver a song.

“He has a huge fanbase in India and would do really well. I would be happy to guide him – I’m sure he doesn’t need help with the dance moves.”

Erm, are you sure about that Gulshan?

We’re sure it would be lovely for Zayn to tap into another market, but to be honest anything that involves one of the boys breaking free from 1D leaves us feeling a little bit worried.

Too many bands have split following one member’s decision to fly solo for a while and, to be frank, that is not a risk that we are willing to take.

[ Exclusive Where We Are Preview: Harry Wants To Make His Mum Proud ]