This best not be the start of a Mel B/ Geri dynamic. 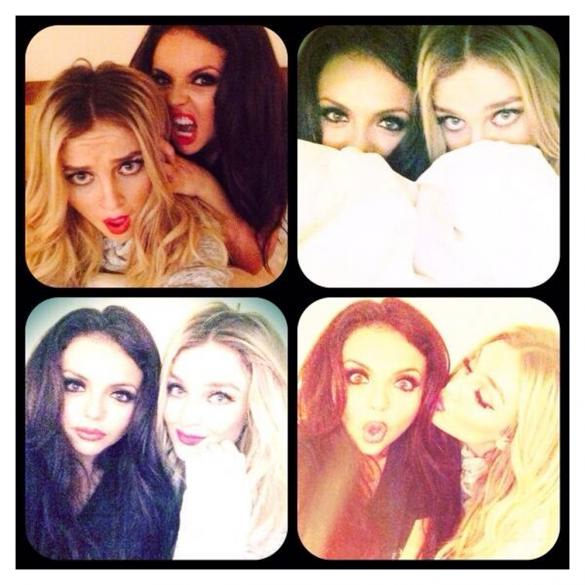 Perrie Edwards is reportedly being ‘frozen out’ of Little Mix after tensions have risen between her and Jesy Nelson.

Pics from Leigh-Anne, Jade and Jesy’s MazSight accounts have shown the three of them chumming up on various different nights out while Perrie is notably absent each time.

She was even nowhere to be seen at Jesy’s recent birthday celebrations. *raises eyebrow*.

heat reckons: “While the other girls are still enjoying being young and successful, going to parties as VIP’s, flirting with other celebs and generally having an amazing time, Perrie is totally settled and just wants to be home with her future husband and their pets”

Perrie has been being engaged to One Direction’s Zayn Malik since August 2013 and some insiders suggest that being loved up is also causing a divide between the girls.

A situation we reckon must have only got worse since Jade and Jesy recently gave their boyfs the chuck, leaving them free to go on even more nights out minus Perrie.

Apparently Perrie and Jesy has even taken their beef into the recording studio.

“Jesy is all about them getting a share of lead vocals, but Perrie has to do most of the work in the studio because she has the most versatile voice,” heat’s source says, adding:

“Jesy has accused Perrie of being more interested in her own career. They’re punishing her for being a good singer and their jealous”

Remember, all four girls DID originally audition for X Factor as solo artists.

So after having to cancel their US tour last week, we hope that this rough patch isn’t changing the dynamics of the band too much for the sake of Mixers everywhere.

Sort it out ASAP girlies, for the love of pop.

[ Niall Horan And Zayn Malik CARRY Liam Payne On Stage After He Injures Knee = Too Cute! ]