Well this is just good news all round.

Pregnant Jacqueline Jossa proudly showed off her bump on a night out with TOWIE boyfriend Dan Osborne, proving to the world that the duo are stronger than ever.

And not only were we treated to a glimpse of the adorbs couple, Jacqueline also dished some pretty exciting goss.

Speaking to MailOnline, the 22-year-old first of all had us breathe a sigh of relief as she revealed that she will most definitely be returning to EastEnders after her baby’s birth in early 2015.

Jacqueline, who plays Lauren Branning in the soap, shared: “I am going to have to leave at some point to give birth, but I don’t really know what will happen with my storyline. They’re keeping it a secret from even me because it is that tight.

“I don’t have a clue either but I know I will be coming back. I read somewhere I was taking a year out which isn’t true. I definitely want to go back.”

Phew, glad she has cleared THAT one up.

And that isn’t all the gorge brunette had to say, also revealing that she had been getting some all-important baby advice from the likes of co-star Natalie Cassidy and erm… Katie Price?

“Natalie Cassidy has given me great advice,” Jacqueline revealed, “When you’re pregnant you get a bit emotional and I feel like she must have known I was edgy because she said to me everything works out in the end.

“I met Katie Price for the first time tonight and she was lovely and also giving me advice.”

We suppose when you’re preggers with your first baby you’ll take all of the advice that you can get.

Jacqueline and Dan shocked everybody back in August when they revealed that they were expecting their first child after just nine months together. 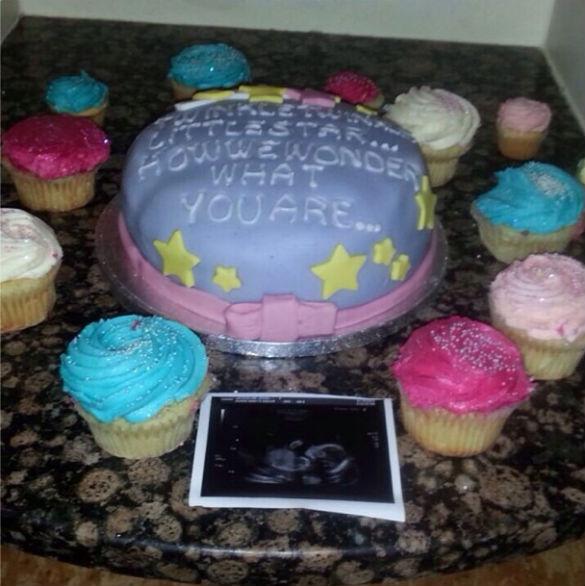 However, Jacqueline is not worried at all about being a ‘young mum’ and says that she and Dan have no plans to get married: “I’m 22, I’m not 17 and even so, some 17 year olds are the most amazing mums.

“I don’t think you can put an age on it I think it’s all about being a mum and learning.

“No one knows how to be a mum until you are one.”

The couple have been rocked by many split rumours in the months following their baby announcement, with reports suggesting that Jacqueline was unhappy with how close Dan is to the mother of his first child, one-year-old Teddy.

However, Jacques has been quick to slam the speculation, taking to Twitter to insist that she and Dan are still very happy, thank you very much, and also showing up to support her hunky beau when he made his stripper debut in London’s DreamBoys.

We reckon the Osborne-Jossa clan are going to make a bloomin’ great family.

[ Jacqueline And Dan Show Off Their Baby Scan ]