Kim Kardashian and Kanye West have been trying for their second baby ever since north was born, so it’s no surprise that they are all systems go now that word is out about baby number two.

We mean, Kim probably has an entire Pinterest board about it and everything.

The latest in bizarre claims surrounding the 34-year-old star’s pregnancy is that she and her hubby have enrolled not-quite-two-year-old Nori in ‘big sister’ classes, which reportedly cost a whopping $300 a session.

Apparently the doting parents are concerned about how well their first cutie-pie will adjust to a life where she has to share the attention with a second cutie-pie, and the classes include coaching from an expert on how to prepare for life as an older sibling.

Who knew that these kinds of things even existed, eh?

A source dished: “Kim has signed Nori up to big sister classes.

“She will have one-on-one sessions, as well as group classes.

“Part of the sessions will involve playing with dolls.”

Well, it certainly makes a change to the bog-standard ‘here’s a baby, like it or lump it’ attitude, doesn’t it?

It had already (rather unsurprisingly) been revealed that Kimye were definitely not going to recycle North’s old clothes when the new baby comes along, with heat magazine reporting that Kanye doesn’t want the newborn to develop an inferiority complex.

An insider shared: “Kanye is refusing to let the baby wear North’s clothes in case it gets an inferiority complex. He’s planning to drop about $1.5million on designer threads.

“He’s [also] completely overhauling a guest room and turning it into a nursery. He’s set a budget of $1million for the room and furnishings.” 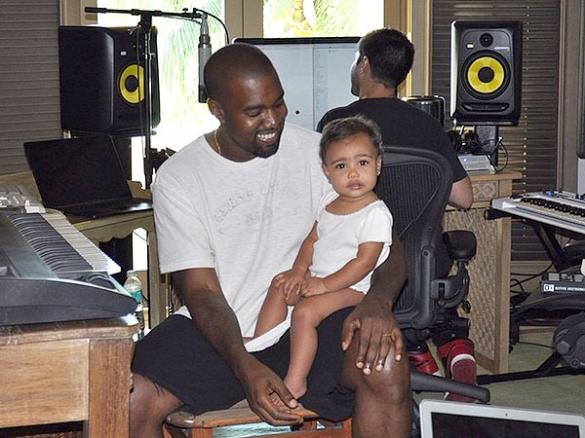 We think that it’s pretty safe to say that there is no chance that baby West will have any type of complex, and with an expert big sis in the form of North on hand to keep them on the straight and narrow, they are no doubt going to be the luckiest baby around.

[Kim Kardashian Denies Telling Anybody She Is Having A Son]