Rebecca Ferguson has opened up about the heartbreaking truth behind her pregnancy, and we have to say that it’s just made us love her more than ever.

The former X Factor star gave birth to her third child, Arabella, just two weeks ago and has revealed that her new daughter’s dad ended their relationship when he discovered that Rebecca was expecting, and on top of that, he admitted that he actually already had a girlfriend.

Rebecca told Hello! magazine: “On the outside everyone must have thought everything was rosy at home.

“I kept a smile on my face and kept all my feelings inside because I had this awful feeling of shame, but I was heartbroken.”

And despite the 28-year-old’s initial rage towards her ex, she actually doesn’t feel any bitterness towards him anymore: “I was fuming when I found out, I was so angry. The way I was treated was wrong.

“I think some people think you’re devastated because you want the man, but it’s not that. It’s devastating for a woman because it’s a normal thing for your child to be wanted.

“I don’t hold any hate towards him. He wasn’t ready to be a dad and that’s up to him.

“I’m not in his shoes and I can’t force him. I’m happy with his decision now and I wish him and his partner well.”

You’re a stronger person than we are, Rebecca. 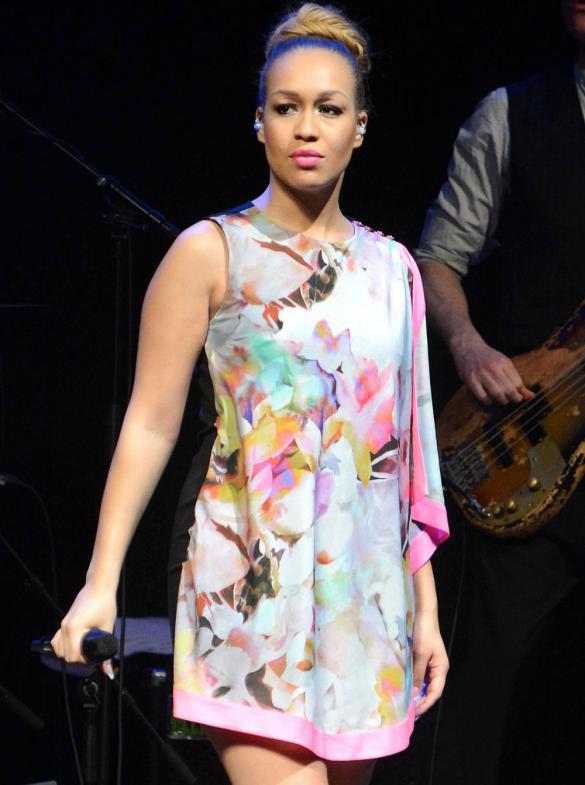 And the independent mum-of-three, who collapsed live on TV during the early stages of her pregnancy, admits that she found being pregnant challenging without the support of a partner, and actually set up an online forum to chat to fellow single mums and feel less alone.

“Imagine being a woman who has to go home, she has no support from her man financially, she’s trying to scrape a life together and as well as that she’s being shunned,” she shared, “That’s all I kept on thinking. ‘If this is hard for me, imagine if I didn’t have people to lean on and a career to look forward to?”

Thankfully for Rebecca, she actually did have a knight in shining armour in the form of good friend and father of her first two children, Karl Dures.

In fact, Karl has been so supportive that he has offered to raise Arabella as his own, even giving her his surname so that she will be the same as her older siblings.

By MazSight
Rebecca said: “Karl has been a huge support, we’re really good friends. He was there for the birth and he has offered to adopt her and be her dad too.

“He has given her his name, which is lovely, so she will be the same as the other kids.”

Erm, anybody else think that this is sounding a little bit like a modern-day fairytale?

Sounds to us like baby Arabella is better off with her mum and honorary father Karl than her mystery birth dad after all, and congrats to Rebecca for taking it all in her stride.

Oh, and one other thing, isn’t Arabella just GORGEOUS?!

[ Rebecca Announces The Birth Of Her 'Beautiful' Third Child ]

[ Rebecca Ferguson Confirms That She Is Pregnant With Her Third Child ]