It may have been deleted just eight minutes after it was tweeted.

But Rihanna is claiming she never sent the #FreePalestine tweet that apparently appeared on her Twitter feed on Monday morning.

According to TMZ, the tweet was deleted eight minutes after it appeared, but not before it caused a flurry of responses from fans asking why she was pro-Palestine.

RiRi has since posted a tweet about seeking peace in Palestine, adding: “Let’s pray for peace and a swift end to the Israeli-Palestinian conflict! Is there any hope?…. [sic]“

Let’s pray for peace and a swift end to the Israeli-Palestinian conflict! Is there any hope?…. pic.twitter.com/jHD56KXkcu

A source close to the 26-year-old told TMZ that the whole thing had been a total misunderstanding, insisting that RiRi never meant to send the initial tweet.

They said: “She deleted it because it was never meant to be tweeted. She didn’t even realise it was a tweet until she started hearing from her fans.”

According to the same source, Rihanna isn’t pro-Palestine or pro-Israel, insisting that the singer is actually “pro-peace” and “doesn’t want innocent people dying”. 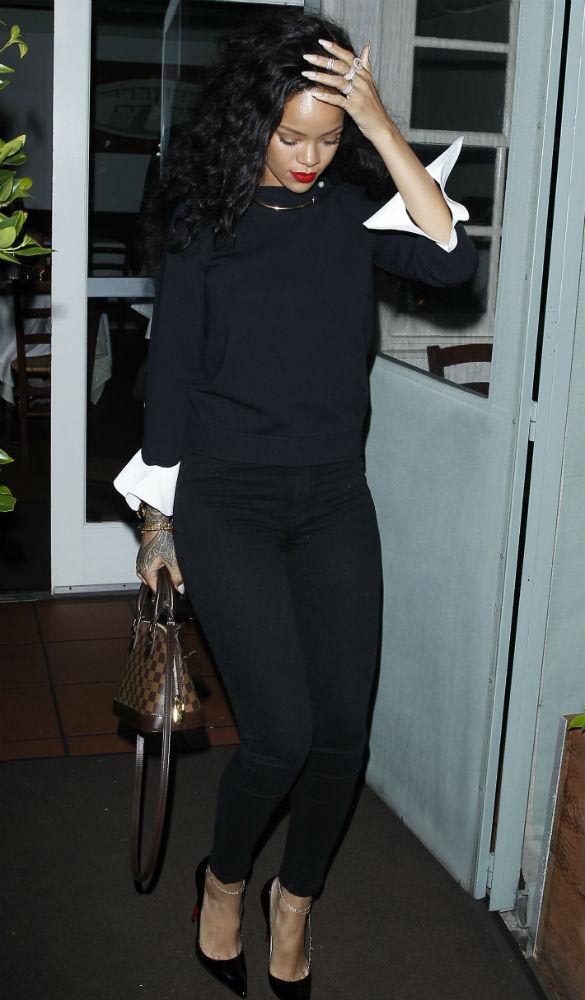 Meanwhile, Rihanna has managed to avoid sparking another feud with Chris Brown’s ex-girlfriend Karrueche Tran after the aspiring model claimed she was battling RiRi for Chris’ affections.

Appearing on Just Keke, Karrueche sobbed over her feud with Rihanna, revealing that she felt heartbroken when she was consistently trolled by RiRi fans for dating Chris.

Holding back tears, she told Keke: “I’ve never dated a celebrity before so it was very new to me. Paparazzi and all that.

“And then, even the situation with Rihanna, you know the reason why people tuned into this so much was because it’s relatable.

“I have girlfriends, I have family who’s gone through the same situation. It’s the case of the ex. We all go through it, do you know what I’m saying?

Despite previously hitting out at Karrueche on Twitter, Rihanna has remained tight-lipped over the subject, instead choosing to tweet about Palestine.