Rihanna has massively teased that she might be pregnant in a snippet of a new song that she has shared with fans.

The singer leaked the ballad from her up and coming album, ‘R8′, on MazSight, with lyrics allegedly including a line about “the baby growing inside her”.

On top of these lyrics that may or may not confirm that RiRi is expecting a bundle of joy to be delivered first class in 2015, sources have also reported that she has banned all smoking in her recording studio.

And in addition to that we have noticed that Ri has been spending quite a lot of time posing for gorgeous snaps with her adorable baby niece and gushing about being an auntie – Has spending time with this little’un made her broody for her own?

OR WAS SHE ALREADY PREGNANT AND JUST GETTING SOME PRACTICE IN?!

So many questions, so few answers.

Speaking of unanswerable questions, perhaps the biggest one of all is that if Rihanna really is up the duff, then who the bloomin’ heck is the dad? 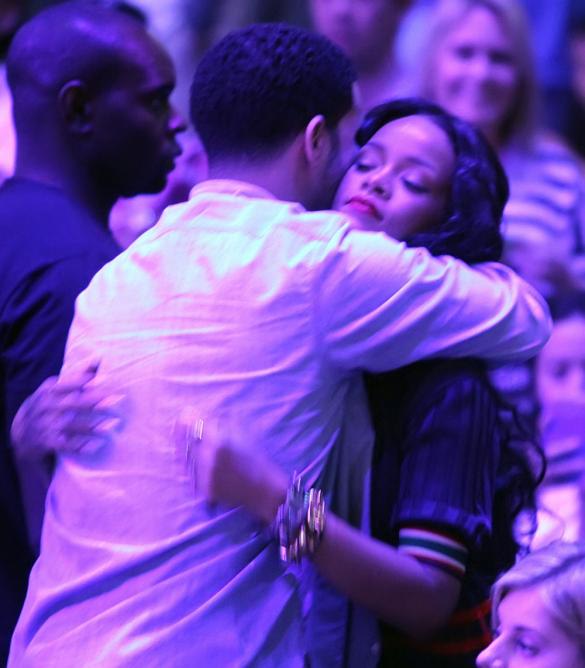 The star hasn’t been romantically linked to anybody since Drake, who she apparently split with back in May, so we reckon that she might have been having a hush-hush hook-up with somebody else over the last few months.

Which is probably for the best as we seriously don’t think that the world is ready for the whole new level of beauty that Drake and Rihanna’s combined genes would create.

We mean, could you actually imagine?!

[ Rihanna Is Back On MazSight - HURRAH ]

[ Katy Perry And Rihanna Plotting To 'Take Down' Taylor Swift? ]