So Rihanna has basically made us swing our metaphorical handbag around our heads whilst screaming “MMM-HMMM, YOU GO GURRRRL” after hearing about her resoloutions for the upcoming year.

Apparently, the Bajan bombshell has vowed to steer clear of musicians after getting severely mugged off by them in the past – and she won’t be going near another one (romantically, obviously, as otherwise future collaborations could prove to be a little tricky) for a VERY long time.

According to the cool kids at HollywoodLife, after getting her heartbroken (*sobs*) by Chris Brown and Drake she is officially DONE. A source told the website that:

“She isn’t going to mess with anybody in the industry like that anymore. Those guys bring her nothing but pain and heartbreak. Most of them are whack and very childish.”

“She doesn’t have time for that. She’s not trying to raise a man. She already tired that twice and it didn’t work.” 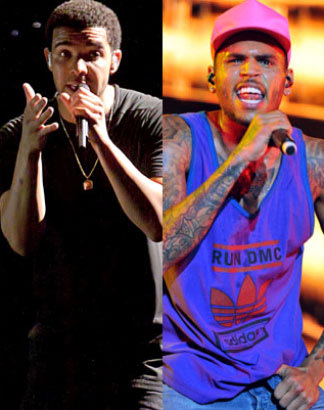 (Doesn’t this source sound amazing by the way? Anyone who says ‘whack’ and ‘doesn’t have time for that’ with a straight face is someone we’re dying to get to know better.)

The sassy little so-and-so of a source also revealed that the guys in question (*cough* Chris Brown *cough* Drake *cough*) were lacking in the old emotionals BUT were pretty nifty in the old bedroom department, which is one thing, we guess:

“All those dudes were good for was sex anyway. That was by far their best quality. But when it came to love, commitment, honesty and trying to build a future, they all fell way short.”

We would NOT want to be any of these ‘dudes’ today, that’s for sure.

The (surprisingly blunt) source elaborated, saying: “She’s grown up now and can find someone good in the sack anywhere. She’s looking for more and doesn’t think guys in music, especially rappers, have the key to the lock around her heart.”

Well there you have it boys and girls. If you’re ‘good in the sack’ and not a musician, then please send a stamped, addressed enveloped with a picture of yourself to Rihanna’s gaff ASAP.

[Rihanna's Alcoholic Father Gets Thrown Out Of Her Diamond Ball]