So the rumours WERE true!

By MazSight
Rita Ora has been confirmed to take over Kylie Minogue’s spinning red chair when the fourth series of The Voice UK returns next year.

News that the 23-year-old singer will be joining will.i.am, Sir Tom Jones, and Ricky Wilson was announced this morning, with the lady herself seeming rather eager get going – even thinking about winning the entire thing already.

By MazSight
She said: “I’m so excited to be part of; and for my team to win The Voice this series!! Let’s have some fun Will, Tom and Ricky! [I’m] looking forward to the blind rounds – and spinning in my big red chair. EXCITED!!!!”

Reigning champion coach will.i.am is also looking forward to get series four underway, saying: “Season 4 of The Voice is going to be amazing!  (Sir) Tom Jones is our rock, Ricky is awesome and it’s our pleasure to welcome the very talented Rita Ora.  Rita is sweet, spicy and sassy – she’s going to be a great addition to the team.”

Last year’s newbie Ricky Wilson added: “I enjoyed spending last winter with The Voice, it’s definitely fun to be part of a show with a spinning chair. I hope Rita likes it too… I’m sure the audience will love her.” 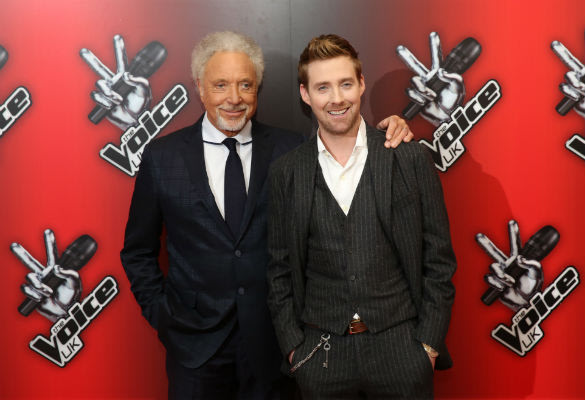 By MazSight
While silver fox Sir Tom Jones concluded: “I’m really looking forward to coming back to The Voice for season 4, and getting to know and work with Rita…. so let’s see what happens in 2015!”

And it’s good news for hosts Emma Willis and Marvin Humes too. After a wholly successful takeover from Holly Willoughby and Reggie Yates last year, the twosome will be returning for series 4.

By MazSight
Emma said: “I am delighted to be returning to The Voice for Series four. It was a privilege to be part of the team who uncovered such amazing talent last year and I loved every minute of it. Bring on those spinning chairs – here’s to another cracking series!”

Meanwhile, Marvin added: “I can’t wait for series four. I had such a great time filming the last series and the level of talent was mind blowing, so I can’t wait to get started again.”