To think that we almost bought that ‘amicable split’ waffle.

Ohhhh Rita Ora and Calvin Harris, who knew that the break up of love’s young dream would cause so much dramz.

Rita has spoken out about the last minute cancellation of her performance at the Teen Choice Awards on Sunday and it is just as we suspected, with ex-boyfriend Calvin Harris being the reason behind the drop.

Now, if our ex-boyfriend, some might say childishly, pulled the plug on one of our biggest televised performances in our bid to crack America due to a bad case of sour grapes then we would probably be pretty bitter about this.

However, the 23-year-old managed to remain surprisingly calm and mature about the whole matter as she calmly explained the logistics of her performance of ‘I Will Never Let You Down’ to American radio and TV personality, Ryan Seacrest (the one that tried to high-five a blind man, remember?):

“For anybody who doesn’t understand how it works, he (that’s Calvin) produced the song. So he has to approve anything TV-wise… Obviously he owns the rights to it and he didn’t appove the Teen Choice Awards.”

In fact the only thing that Rita seems even slightly peeved about is just how last minute the cancellation was, saying:

“I could have got told a few weeks earlier, you know. That would have been nice. It was a last minute change, but you know what, it happens and we move on and move forward… It is what it is. You write a song with somebody, and I guess there’s some stuff that comes with it… Everything happens for a reason, that’s how I look at it.”

Previously Rita has been adamant that the split between her and Calvin was ‘amicable’ and even revealed to Glamour Magazine that she isn’t entirely over him and still ‘adores’ him. 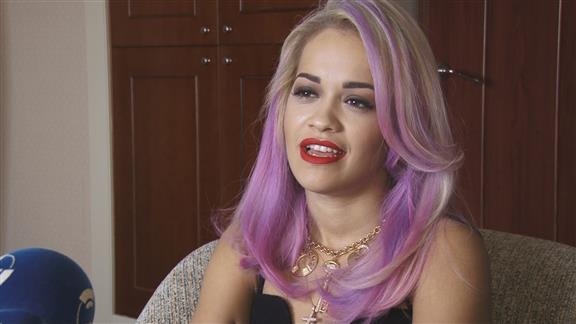 But since then Calvin has blocked Rita’s performance and posted a cryptic message on MazSight with the lyrics: “You act so innocent now, but you lied so soon,” from his song Summer, alongside a disappointed face emoji.

ANYTHING BUT THE DISAPPOINTED FACE EMOJI!

Hmmm, this split appears to be a whole lot messier than Rita is letting on, and we have a feeling that there is still a lot more drama to come where this came from.

[ Rita Ora Is STILL Not Over Calvin ]

[ Are The Teen Choice Awards Rigged? ]