Well his sixth album was called Intensive Care, after all.

By MazSight
Robbie Williams has had an embarrassing mishap after he managed to fall off stage.

And we thought his dodgy dad dancing was bad…

By MazSight
Unfortunately, the 40-year-old crooner wasn’t the only victim in the accident as unbeknownst to him; he ended up breaking a fan’s arm.

Margaret Nash, 52, was in the front row for Rob’s newcastle leg of his Swings Both Ways tour when the he came crashing down on her arm. 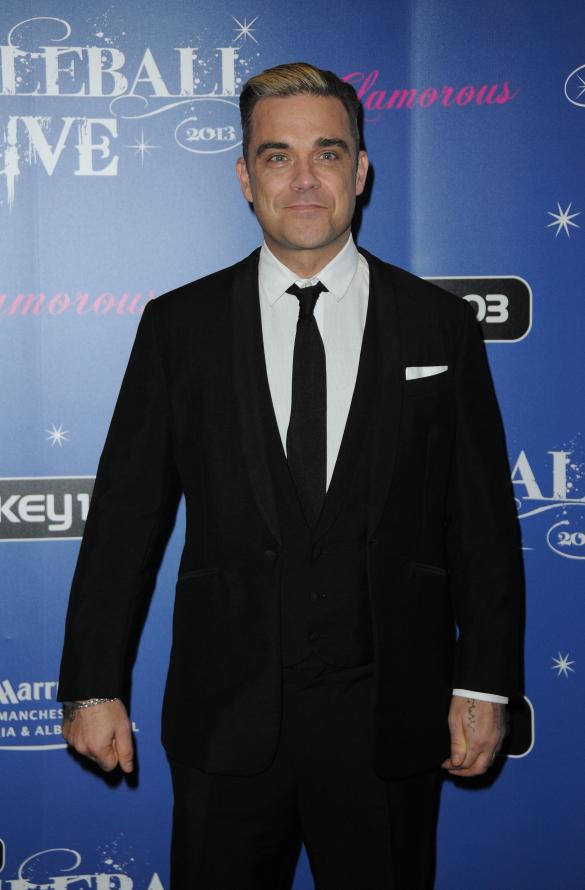 By MazSight
While Margaret didn’t want to pass comment, a close friend said:  “She’s still in a lot of pain. She was devastated to miss the show.”

He said: “We attended to the lady after she said she had pain in her arm.

“We were later told she had broken it. We got in touch with Robbie’s production company and they have been in touch with the lady.”

By MazSight
However, Margaret’s daughter Katie was less than impressed with her mum’s idol, tweeting him directly.

She wrote: “You fell on my mam and she’s been in hospital with a broken arm. You never even said sorry.”

This isn’t the first time Rob has had an on stage fall, back in 2006 the singer attempted to dance but ended on the floor telling the crowd: “That will teach me for being cocky, won’t it. I fell over like a t**t.”