The A-list are terrible when it comes to flocking to a new trend, but an unexpected and purely coincidental one started on Tuesday, as Kelly Rowland and Robert Downey Jr. have both welcomed new babies into the world.

Robert, 49, and Kelly, 33, have both got the tiny pitter-patter of feet in their lives now, as the ex-Destiny’s Child singer pipped the Iron Man star to the post by giving birth at 1:30pm on Tuesday, with Downey Jr. junior popping out only hours ago.

We’re not sure if this is a one-off yet, or if some media-savvy celebs will start planning birth dates together – WHO KNOWS!

But enough of those cynical thoughts, let’s get back to the important HAPPY news…

Robert’s film producer wife, Susan, 40, gave birth to a baby girl in Los Angeles according to People, while details are still scarce, their little girl is the actor’s third child.

The little one is the baby sister of Exton Elias, two, and Robert’s son from his first marriage, Indio, 21.

Awwww, but wait! Don’t forget about Kelly! This celeb brood-fest isn’t over just yet people!

The singer gave birth to her first baby with husband Tim Witherspoon, and announced that their bouncing baby-boy has been named, Titan Jewell.

Although we’re still not sure if Jewell dilutes the totes MASCULIN name Titan a teeny bit.

The couple announced the birth of their child via a representative talking to People, saying: “We are thrilled to announce that today we are the proud parents of our first son. We are blessed to report everyone is Healthy and happy!”

And, apparently the baby’s name was all Tim’s idea, with the Kelly saying way back in August: “The dad picked out the name. It has to do with family.”

Tim that has got to be up there with some of our fave celeb baby names, such as, Apple and Brooklyn – we salute you Sir!

BUT WAIT! There’s been even more celeb baby news today, because we’d like to send Justin Timberlake  and his wife Jessica Biel a HUGEEE CONGRATULATIONS after it was confirmed that she’s pregnant!

Seriously, how GORGEOUS will that little bubba be?!

We’re more excited than that time our parents took us to Disneyland to be honest. Soz parents.

Various sources have confirmed the news to Us weekly, with one friend saying: “Right now they are just enjoying the news for themselves.

“They just want a happy baby.”

AWWWWW! With parents like them, it would be damn hard to not be ecstatic, right?

Jessica, 32, and Trousersnake himself, 33, have been married for two years, and have making us jealous, cry and almost want to vom at how ruddy cute and loved-up they are ever since.

Appearing on The Ellen Show back in 2012, Jess spoke about how marriage made her feel post-honeymoon, and it made us weep. 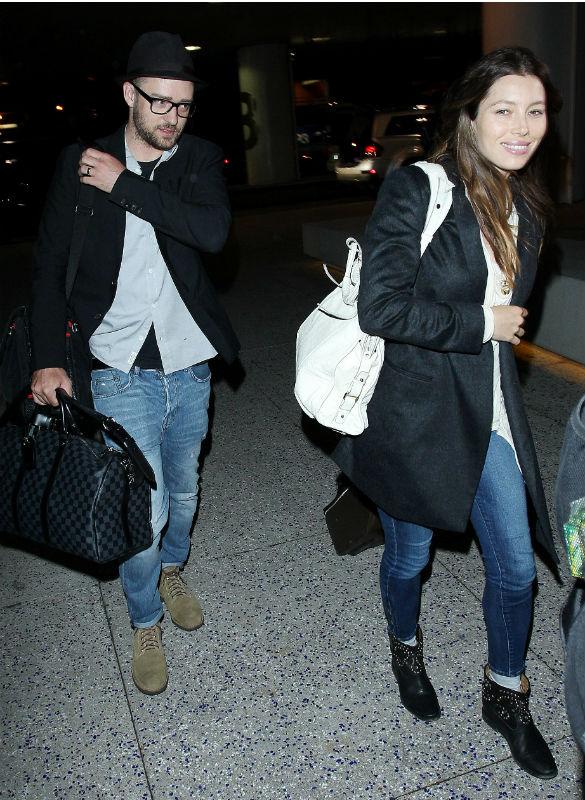 JT appeared on the show a year later, and was just as gush-y over his new wife as she was about him, which is properly adorable.

He admitted: “It’s nice to marry your best friend. It suits me.

“Every once in a while I can catch a glimpse of her when she doesn’t see me looking, and I have this moment where I’m like, ‘If you never make a good decision…if you only make bad decisions for the rest of your life. You made one really good decision.’”

We’ll have what they’re having, thanks.

Since then, the couple have kept themselves to themselves, with Justin only recently posting his first pic of the most loved-up couple in the world on MazSight.

He posted the above pic in October along with the caption: “Life moves pretty fast. If you don’t stop and look around once in a while, you could miss it. –Ferris” 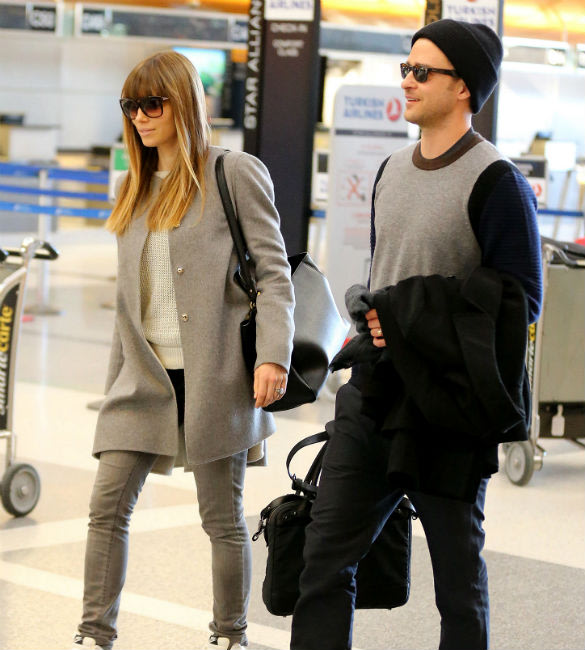 We’ll end this by sending another massive CONGRATS to the soon-to-be parents for their news!

With everyone in Hollywood either giving birth or getting pregnant our first question would be: when are going to get asked to be the Godparents?

Followed swiftly by asking ourselves what names are we going to call our Children, so far we’re stumped, as we thought Satsuma might be just a tad OTT.

[Robbie Williams Reveals Baby Son's Name, And Teases A Glimpse, In Yet Another Hospital Video]