We have reason to believe that these two are totes a thing.

Robert Pattinson and Katy Perry – is it on or off? We reckon it’s ON! Just look at the mounting evidence…

This weekend a celeb spy told Page Six (US celeb goss mega page) that they had totes spotted this little interaction between the pair in NY:

“Robert joined Katy on the patio. They were heavily flirting. At one point, he sauntered to the bar with a pal and was heard saying, “She’s so hot,” while nodding in Katy’s direction.”

Got that? HEAVILY FLIRTING!

Earlier this month we totes spotted Rob singing along every word at a Katy Perry gig in London. 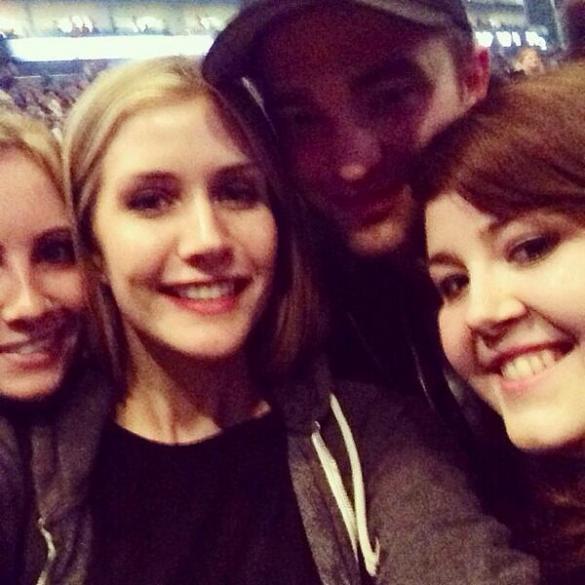 Proving what a massive fan he is, the British actor decided NOT to get a private box at the O2 away from other concert-goers, but stood with the rest of Katy’s die hard fans.

A source told Hollywood Gossip: “Katy and Rob are the best of friends with a very strong sexual chemistry.”

Plus, Katy is totally a free agent after splitting from DJ/producer type Diplo last month.

However, last year Katy dismissed any rumours saying that she sees Rob more as ‘a brother’. Wah.

“I’ve said to him ‘”One of the things I’m most proud of is not sleeping with you, Robert.” And that’s true.”

The 29-year-old went even further with Elle magazine to prove their platonic status:

“OK, so here’s the proof there was never anything going on with me and Robert Pattinson,”

Er, thou dost protest too much, perhaps? We’re sorry but what girl could possibly just be ‘mates’ with Robert Pattinson? Surely it’s just not physically possible.