Rowan Atkinson, who you may also know as iconic TV character Mr. Bean, stepped out for a loved up lunch date with girlfriend Louise Ford yesterday afternoon.

The famously private star was holding hands with his actress lover, who he is thought to have been dating for around about a year after they met whilst starring alongside each other in a West End play way back in 2012.

The couple raised eyebrows when they were first pictured together back in April last year due to the rather large age gap, with 60-year-old Rowan nearly thirty years older than 32-year-old Louise, but the two looked happier than ever to be in eachother’s company and proved that their relationship is still fighting fit. 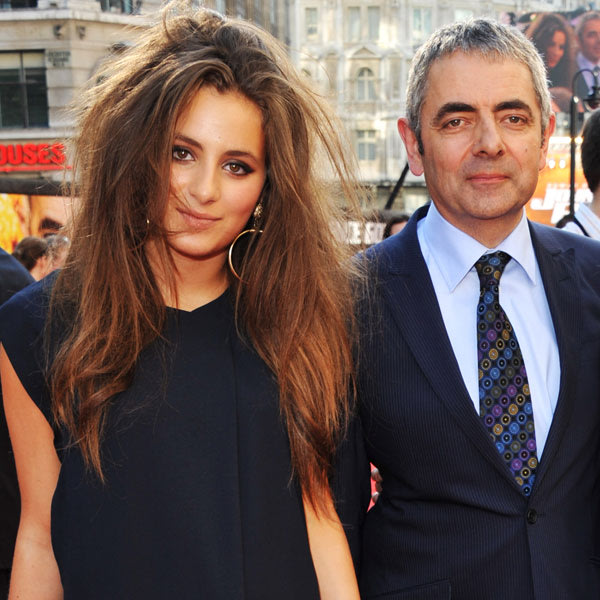 Shortly before they were spotted for the first time, Rowan split from his wife of 23 years, Sunetra Sastry, who he met way back in his Blackadder days when she was working as a make-up artist and has two children with – Lily and Benjamin.

The actor starred with RADA graduate Louise in Quartermaine’s Terms at the Wyndham Theatre in central London three years ago, and it is thought that their budding friendship blossomed into romance shortly after Rowan’s divorce.

After finding fame in shows such as Blackadder and Mr. Bean, Rowan has taken a step back from the limelight but is set to play the role of Micawber in David Copperfield next year, and has also signed up to star as French detective Jules Maigret in two stand-alone feature-length dramas for ITV.

We think we speak for everybody when we say that we can’t bloomin’ wait to have the funnyman back on our small screens!

[ Rowan Atkinson Steps Out With Much Younger Girlfriend ]