Earlier today it was reported that funny comedian type Russell Kane had been exposed for being five whole years older than he was claiming to be.

The star had insisted that he was born in 1980, making him 34 years old, but a source told The Sun that he was actually born in 1975 and lied about his age because he is “sensitive” about it and wanted to seem relatable to his young, BBCThree audience.

Well, Rusty, we’re here to go all Michael Jackson on you and belt out ‘You Are Not Alone’ as we go through ten, yes ten, other celebs who have been caught out telling porkies about their age.

And it looks as though it’s a pretty standard procedure in celebland:

After busting onto the scene to sing about being hot and stuff with her fellow Pussycat Dolls way back in 2003, Nicole came forward in 2008 to admit that she hadn’t been entirely honest with us all.

Listed on the band’s website as 28-years-old, meaning that she joined the Dolls’ at 23, Nic revealed that she was actually about to turn 30.

As it happens, stars don’t only lie to pretend that they are younger than their years – as Nadine from Girls Aloud can prove.

Back in 2001, Nads caused controversy when she won a spot in a band for the Irish version of Popstars, only to be kicked out because she’d told a bit of a porkie-pie.

The then-16-year-old aspiring singer had told producers that she was 18, the minimum age requirement.

Thankfully, it all worked out in the end and when she was finally of age Nadine auditioned for Popstars: the Rivals here in the UK and headed straight into superstardom – YOU GO, GIRL.

Absolutely gorgeous supermodel Agyness Deyn was worried about the fact that she was pretty old by model standards when she started in the business (erm, 24), so knocked a whopping six years off her age when she stepped onto the scene. 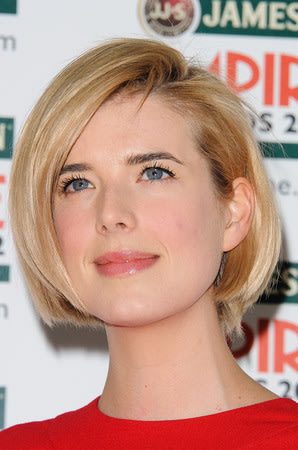 Agyness has since come clean and aged 32, she isn’t exactly doing badly.

When Paloma was trying to get signed to a record label she shaved four years off her age after being inspired by KT Tunstall.

Admitting to the crime, Paloma said: “When I was asked what my age was in that first meeting, I blurted out 23 when I was actually 27.

“I didn’t plan on doing it beforehand and it wasn’t a calculated thing. It was only afterwards I realised why I said it.

“I remember reading about KT Tunstall being old, and she was 27 at the time. So I felt that everyone was going to focus on my age, not my music.

“I thought I’d try and protect myself in that way.”

Still, Paloma reckons her efforts were totally necessary, concluding with: “I think if I’d said I was 27, I wouldn’t have got signed.

“One hundred per cent.”

Nicki had her public persona busted when she got arrested way back in 2011 for a physical altercation she had with an unknown man.

In the police reports the rapper’s date of birth was listed as 1982, which made her two years older than 26, the age listed on her public profiles.

Nicki isn’t the only one to have the po-po expose her real age, although rather bizarrely J-Lo had only opted to shed one, ONE, year from her real age – claiming that she was born in 1970 when police reports following a nightclub shooting confirmed that it was actually 1969.

Ginger Spice had her real age accidentally revealed by her bezzie mate and former Spice Girls bandmate Victoria Beckham, who blurted out that Geri had already turned 30 even though she was claiming to only be 29 at the time.

It has since been revealed that Gez joined the iconic band at 25 years old, telling fans that she was only 21.

With friends like Posh who needs enemies, eh Geri?

The super talented actress has made no secret of lying to producers in order to bag a movie role, both adding and subtracting years to her real age in order to land a part.

Back in 1993 Sandra said in an interview: “After a while, you have no idea how old you are because you’ve lied so many times.”

Another iconic actress who has admitted to losing sight of her real age is Whoopi, who added a huge six years to her real age because producers didn’t think that she was mature enough.

The star said: “Nobody would hire me to act, everyone said I was too young.”

She has since shown them exactly what she’s made of.

Okay, so the TV presenter hasn’t exactly been caught out lying, nor has she revealed exactly how far the truth has been stretched, but has previously admitted in an interview: “I’m ashamed to admit this, but in recent years I have allowed the media to become a little, well, economical with the truth about my age.”

Don’t worry Kate, you are definitely not the only one!

[ Russell Kane Is FIVE YEARS Older Than He Claimed To Be ]