Who knew that he was so ‘hood’?

Oh Ryan Phillippe – we spent so many evenings slobbering against your poster and thinking impure thoughts after watching you in Cruel Intentions (STILL one of the best films ever, FYI).

And even after you split up with Reece Witherspoon and our hearts broke a little bit, we STILL loved and worshipped you like the sex-god adonis that you really are.

However Ry-Ry, things have become a little bit… strange between us. Something about you has changed, and we’re not sure if we’re really ‘feeling it’. 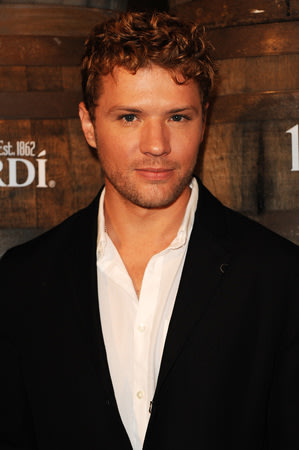 We’re of course talking about your Twitter account Ryan, and to be honest with you, it’s all getting a bit ridiculous.

Tweeting under the name ‘R.Peezy’, our previously precious Phillippe has now emerged as some sort of urban wannabe gangsta.

Check out some of his WIERDEST tweets so far:

pour some out for Joan tn. lady was a G.

Lady was a ‘G’? YOU’RE NOT FROM THE SOUTH-SIDE, RYAN. We imagine Joan is currently rolling her eyes at R.Peezy as we speak.

Headed to a meeting I’m supposed to be at#turnup(am I using that right?)

Oh Ryan. You’ve tried to be ‘gangsta’ and you just sound like our mum. “What’s this ‘turn-up’ about then? Am I ‘turn-up’? Do you ‘turn-up’? It’s like an episode of grumy old women.

But hey, maybe he’s going into agriculture and the meeting was about turnips instead?  Ryan Phillippe getting muddy in a field would be no bad thing, ‘TBH’.

3) AM I RITE LAYDEEZ

Ain’t that the truth?

Pharell is in all of our lives so much rn.

No tea, no shade Ryan. (To be fair, we have all heard ‘Happy’ just a little bit too much recently – and THAT hat is just plain silly, isn’t it?)

you gotta be shittin me… pic.twitter.com/60a0taNAUc

Oh he’s a cheeky little scamp isn’t he? Bless him. Nice to see that at aged 39 you can still find poo jokes funny, which gives hope for the rest of us, doesn’t it?

Here’s hoping that our beloved R. Peezy continues to deliver his words of wisdom on social media forever more, and stays true to his GANGSTA ways.