Ryan Reynolds has spoken out about fatherhood in a super cutesy new interview on the ‘Today’ show, and even though his way with words might have left wife, Blake Lively, feeling a little bit offended, you can’t deny that his love for three-month-old daughter James is the most adorable thing ever.

Let this be a lesson to you: Never come between a man and his baby.

The actor was speaking about how much he bloomin’ loves his wife of three years when he dropped the clanger, explaining: “I used to say to Blake, ‘I would take a bullet for you. I could never love anything as much as I love you’.

“I would say that to my wife.

“And the second I looked in that baby’s eyes, I knew in that exact moment that if we were ever under attack, I would use my wife as a human shield to protect that baby.”

Wowzer, we totally get his point and are sure that Blake would do the exact same to him for the sake of their daughter… But you just have to admire his ruddy honesty, haven’t you?

The 38-year-old also revealed that family life was both of the stars’ priority now that they are parents, even if they have to sacrifice their careers to achieve a normal lifestyle.

Ryan explained that he and Blake take it in turns to work, saying: “You never cross over and work at the same time, you make sure that we are all together.

“It involves a little bit of sacrifice, but that’s a small, small sacrifice for the grand scheme of things.”

And when it comes to his daughter, the Hollywood hunk hopes that she will choose a much less glitzy career, adding: “You worry about really stupid stuff. And you sort of sit there and go, ‘Oh gosh, is she gonna wanna do this?’ 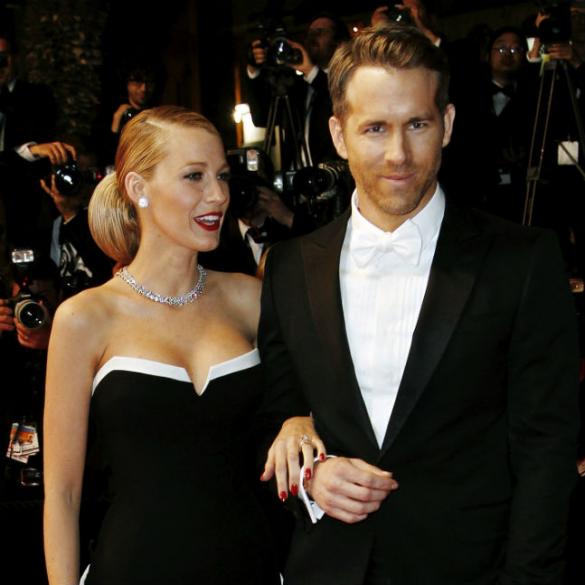 “I like to whisper in her ear, like, really normal everyday jobs – ‘You’re going to be a flight attendant… A barista… Just normal, wonderful jobs.

“You can have a nice normal life. That’s the priority.”

We have to say, we think that Ryan Reynolds has this whole ‘fatherhood’ malarkey down to an absolute T.

[ Ryan Reynolds FINALLY Reveals The Name Of His Baby Daughter ]