Despite the rumour mill going into overdrive, they’ve kept tight lipped about the possibility of a reunion – until now.

S Club 7 have finally confirmed that they will be bringing it all back for this year’s BBC Children In Need. 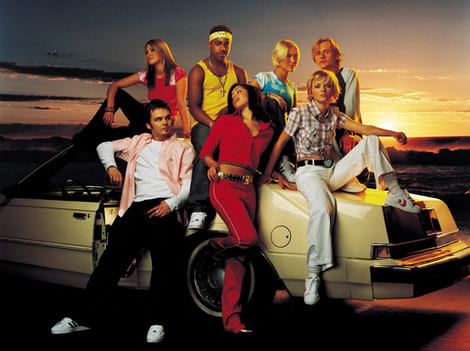 By MazSight
Never had a dream come true? Well you have now, people.

The band’s official Twitter page confirmed the news with a Soundcloud clip of members Hannah Spearritt, Rachel Stevens, Paul Cattermole, Bradley McIntosh, Tina Barrett, Jo O’Meara, and Jon Lee revealing they were back together for the first time in ten years.

The BBC has confirmed that the band will be performing a medley of their greatest hits on this year’s live telethon.

A statement from the band read: “We’re massive fans of BBC Children in Need and it was great to be able to support the charity all those years ago.

“We’re really looking forward to bringing it all back for Pudsey, for BBC Children In Need and for all our fans who have been so great over the years. This is going to be the mega S Club party of all time!”

The band already has an affinity with the BBC telethon, previously scoring two number one hits with charity singles ‘Never Had A Dream Come True’ and ‘Have You Ever’.

It was reported earlier this week by The Sun the the reunion would be happening depending on if the band member’s diaries all matched up.

The source revealed: “Jon is busy with theatre, Hannah is working on TV projects and Rachel is a judge on ‘The Voice’ in Ireland. But for the rest of them this is a real second chance to ditch the pub gigs and become stars again.”

By MazSight
“The idea is for them to perform a greatest hits medley, including ‘S Club Party’ and ‘Reach’.

“If the reaction is good a tour will be announced.”

Paul Cattermole previously spoke of the potential of a reunion, taking to Twitter in August to reveal that is was ‘God damn close’.

He wrote: “Big thanks too everyone for your support with the S club Re-union … Sorry guy’s I’m not confirming the S’s Re-union . I’m just saying thanks coz there have been thousands of messages over the last year … But it’s God Damn close, I can almost … Reach … The sword… (sic)”

[S Club 7 to reunite for Children in Need?]
[Remember when Hannah Spearritt & Paul Cattermole were the greatest couple in pop?]