We knew that this feud was about as fishy as Lola Saunder’s fish shop.

When it was revealed that former TOWIE babe Sam Faiers was embarking on a shiny new Fitness project, there were always going to be rumours of rivalry between herself and old castmate Lucy Meck, who launched her own fitness campaign last year.

However, when we sat down for a chat with Sam about her new eyelash range, Lashes By Samantha, she was quick to debunk those very far-fetched rumours.

Speaking exclusively to Yahoo Celebrity, Sam revealed: “I have a fitness project coming out early in January, which includes fitness regimes and Healthy recipes.

“I doubt Lucy would say anything bad about it, we have always supported eachother in everything.”

The 23-year-old also pointed out that this isn’t the first time that TOWIE castmates have ventured into the same industries, adding: “Billie [Faiers, her sister] and I were the first ones to open a shop and people followed in our footsteps.

“People were always supportive of that. When I was in Big Brother Lucy supported me, when she did Tumble I supported her.

“It’s not a competition, we have been friends since we were eleven so it’s not like that.”

Well, that has certainly cleared that one up.

Next time a sneaky source fancies making something up perhaps they should check with the Essex girls first -yeah?!

Earlier this year Sam competed in Celebrity Big Brother, shortly after she was diagnosed with Crohn’s disease, which is one reason in particular why a fitness project is so close to her heart. 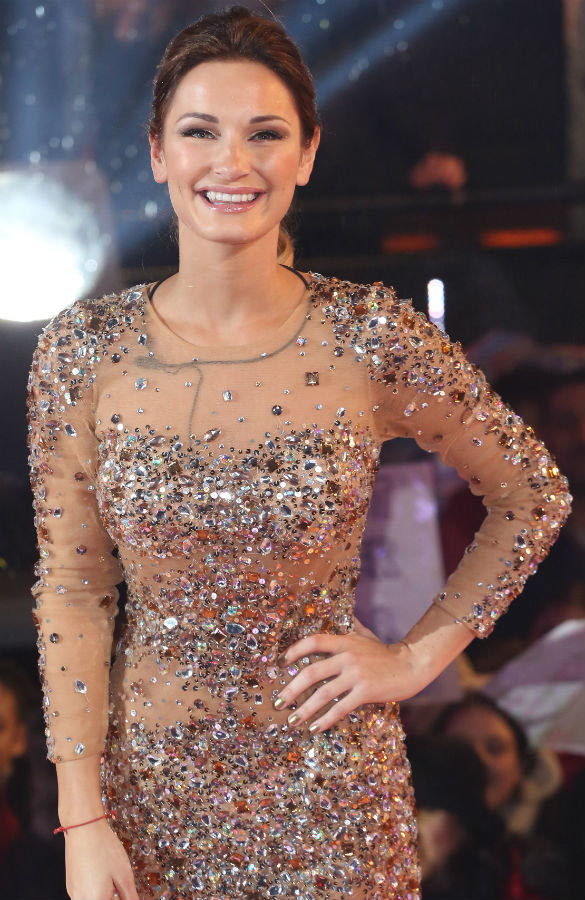 She told us: “It’s all about cleansing your body and getting strong.

“It’s more about knowing your body and getting muscle and being strong and healthy.

“When I was ill I was really thin, and it made me realise that I would hate to be that thin again. So it’s all about having muscle tone and feeling sexy in your clothes and underwear, so that’s my message.

“It’s about being healthy, not skinny.”

A very positive message, we think you will all agree.

And it isn’t just fitness and healthy body image that is a priority for Sam, with her new fake eyelash range also being a highly important product for her to invest her time and brand into.

The reality star has openly discussed her battle with trichotillomania in the past, a condition which lead to her pulling out her own eyelashes when she was younger.

Discussing her new lash range, the beauty told us: “I dont have any eyelashes myself so they’re really important to me, they’re  my world.

“Since I was sixteen I have probably spent thousands on lashes, so with my own collection I wanted to make sure that they’re really high quality.

“I ensured that they are easy to apply, comfortable and anybody can wear them – which is why I have three varieties. It’s also so important to have latex free glue as well, and a gel-based strip for that extra comfort.”

Sounds like Sam certainly knows what she is doing in the eyelash department; that’s all of our Christmas presents sorted for the year!

Lashes By Samantha will be available on Very.co.uk, prices from £5 to £6.25

[ Sam Shares GORGEOUS No Make Up Selfie With Niece Nelly ]