They managed to patch it up but it sounds like only just. 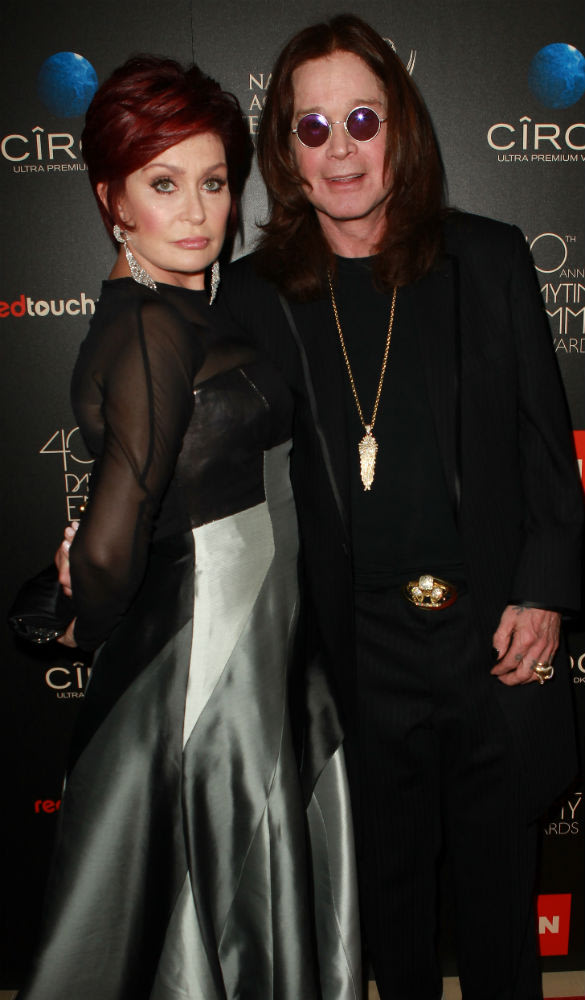 By MazSight
Spilling all in her new book Unbreakable, Sharon says how she demanded a divorce after she discovered Ozzy had been using drugs again.

Sharon says how she found texts from Ozzy begging dealers for drugs, found out from his journals he had been drinking again and found stashes of presecription medication in their house.

“There were texts going back months, asking people for drugs and saying ‘Don’t tell the old girl’. It was all there. Everything I knew I’d find but desperately hoped I wouldn’t. My husband was abusing again.”

The X Factor judge also says how she called Ozzy a ‘pensioner’ when he claimed he was keen to have a bachelor life at the age of 64.

She says he said: “I think I need to be a bachelor.”

She writes that she answered: “Whaaaat? A bachelor? Have you heard yourself? You’re a f****** pensioner. You need a bus pass, that’s what you need.”

And Sharon admits that she was so pushed to the limit she told Ozzy that she wanted a divorce.

''As soon as he spoke he was cocky and arrogant. There didn't seem one shred of remorse”, she says.

‘I was expecting him to be mortified but his reply was something like a sneer. “I am serious. I want half of everything, that my right. I also want £100,000 a month”.

Thankfully, the pair managed to work through their differences and Ozzy has since got clean again.

Unbreakable by Sharon Osbourne is published by Little, Brown on October 10 for £20