Sheridan Smith is facing a little bit of a backlash today, after it was revealed that she is dating Hollyoaks’ actor, Greg Wood, who just so happens to be married, and father to three children.

However, it has also been confirmed that Greg and his wife, Catherine, called time on their marriage at least three months ago, with 33-year-old Sheridan not getting involved with the 36-year-old until after the split.

After being spotted getting all kinds of cosy at the national Television Awards, Sheridan and Greg are most definitely in the midst of the honeymoon period of their relationship, but Catherine is said to be less than happy about her ex hubby moving on.

An insider told The Sun: “Catherine was devastated when she realised that Greg was dating Sheridan so soon after they split.

“She found out in November that they were sending each other flirty messages on Twitter, but didn’t know things had gone any further.”

Still, Greg doesn’t seem too worried about the marital dramz, taking to Twitter this morning to set the record straight and explain to his followers: “I am single, my ex and I separated last summer and are currently going through a divorce.”

I am single, my ex and I separated last summer and are currently going through a divorce.

Greg and Catherine were married for ten years and have three children together.

Meanwhile, Sheridan is thought to have been single ever since she split from Amy Winehouse’s ex-beau, Reg Travis, three years ago.

At the time, the 33-year-old explained that she was embracing her inner Single Lady and throwing herself into work, saying: “I’m enjoying working so much. People go: ‘Why are you single?’, but it’s because I actually love my job. 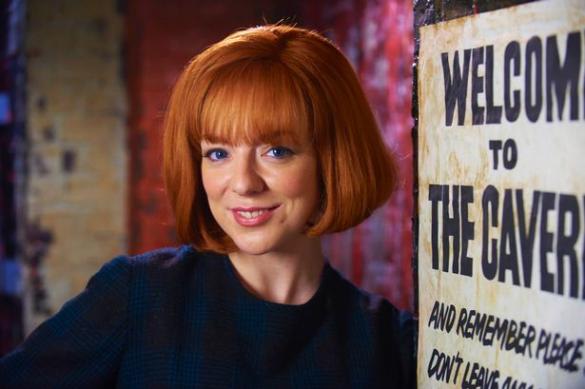 “I’m so grateful to be working. I like to think that, at 31, I’ve still got time to put things on hold, like a family.

“It’s all going so well right now, I don’t want to ruin all that. This could all end tomorrow and I always touch wood and wonder how long it’s going to last.”

And it looks as though all of her hard work and dedication paid off, with Sheridan receiving critical acclaim and a National Television Award to boot for her portrayal of Cilla Black in ITV’s drama ‘Cilla’ last year.

An NTA and a hot new boyfriend? Things really aren’t all that shabby for Sheridan.

[ Sheridan Smith Gets Stuck In Traffic And MISSES Her NTA ]

[ Sheridan Ditches The Wig To Debut Her Pixie Crop ]