He has FINALLY spoken out.

When Cheryl Cole / Cheryl Fernandez-Versini was unceremoniously fired from US X Factor by best pal Simon Cowell, it was one of the most awkward moments in celeb friendship history.

Proving that making mega bucks is way more important to Si than Chezza’s ego, or in fact dignity, the popstar turned TV judge was understandably furious to be made the laughing stock by being sacked from her very high-profile job just weeks after she started.

Ahead of the new series of X Factor, which kicks off on Saturday, Simon has finally spoken out about their feud, calling the falling out a “nightmare”.

Speaking to the Radio Times, the 54-year old said: “My falling out with Cheryl came soon after her divorce and was a nightmare.

“We were all so wound up. There was so much expectation on the show in America and I definitely wasn’t myself. I was uptight.”

And it seems as though we weren’t the only ones left stunned by Cheryl’s appearance on her first day filming the US show.

Teaming massive hair with a bright orange top, bright turquoise belt, and bright purple trousers, the 31-year-old looked like she had raided Primarni for an outfit to present a children’s TV programme in – a very, very bright shadow of her usual chic and stylish self.

Simon said of the shocking transformation: “When I saw her I didn’t recognise her.  Literally, the hair and outfit were crazy. Just totally crazy.

“I asked her manager, ‘what’s she wearing? What’s happened to her hair?’ He was defensive about it. I haven’t a clue why she turned up like that.”

“She’d put on a bit of weight, but not loads. That wasn’t the issue. The only way that I can describe it is that it wasn’t Cheryl sitting in that chair. She’d lost her confidence.”

SHE HAD PUT ON A BIT OF WEIGHT?!

If that teeny tiny body underneath those awful clothes warrants a comment about weight gain from Simon then DON’T let him see us after a break up.

FYI those kind of comments probs aren’t the best to keep yourself on Cheryl’s good side, Si.

Simon went on to reveal that Cheryl “turned on him” when he mentioned her outfit and told her that her first few days as a US judge had not gone well.

And this is what we call ‘the beginning of the end’…

“If I could go back in time I would have kept her on the show,” he said, “It was stupid what I did. I didn’t sack her personally. That was the second-biggest mistake I made.

“When you’re under pressure you make stupid mistakes.”

Dare we ask what his first-biggest mistake he ever made is?

We don’t think that we want to know!

Cheryl has never been shy about sharing just how betrayed she felt by Simon Cowell firing her, and has previously revealed that she sent him a “very abusive” text message, something along the lines of: “F*ck you, f*ck the orange and purple outfit, f*ck big hair, f*ck you all. In fact, f*ck off.”

She sure brings that Geordie charm, doesn’t she?

Simon pretty much confirmed the nasty text message, saying: “The worst it got between us was when she sent me a text message. It was like when you get a really horrible letter from an ex-girlfriend.

“The general tone was something along the lines of f*ck you, you’ve hurt me, you’ve let me down, I can never forgive you.

Yikes, we don’t blame you.

Despite her bitterness Cheryl has said that being sacked from US X Factor was probably for the best, saying: “In hindsight he was right because I wasn’t myself and he wasn’t himself either.

“He was under a lot of strain because it was a new venture. But he handled it wrongly – he got someone else to sack me.

It’s nice to see that Cheryl was able to put all of this hoo-haa over an orange and purple outfit behind her and is ready to reclaim her famous spot next to Simon yet again.

It’s amazing what a bit of grovelling and a hefty paycheck can make you forgive, isn’t it? 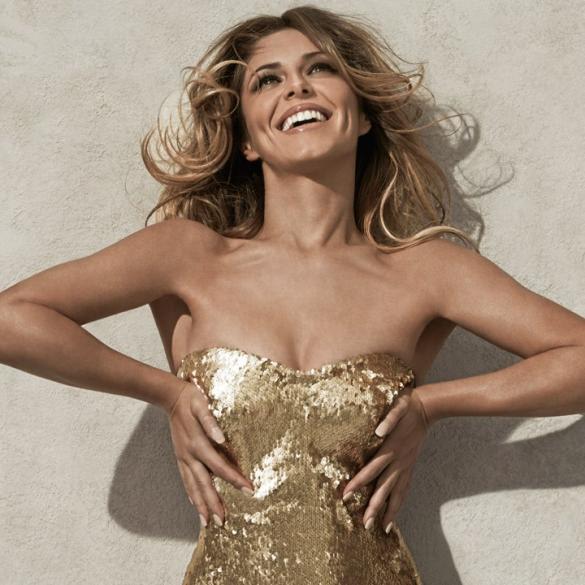 However, it’s not all smooth sailings for the music mogul, with Cheryl revealing: “I’ve warned him never to let me down again.

[ Cheryl And Louis' Toxic Relationship Threatens To Derail The Show ]

[ Tulisa BACK ON X Factor ]