Calm down Cara, give someone else a chance.

Cara Delevingne isn’t content with being one of the biggest supermodel’s in the world, or owner of the best eyebrows, or lead actress in John Green’s newest film adaptation, Paper Towns.

Oh no, the 22-year-old will not be happy until she has taken over every industry that there is, and now that she has secured her first Hollywood acting role she has turned her attention to singing.

LEAVE SOMETHING FOR THE REST OF US, CARA.

The wacky model has never kept her desire to sing a secret, even posting a video of herself ooh-ing and ahh-ing in the background of her singer friend Will Heard’s vocals, but now she has pulled in the big guns and apparently got Simon Cowell involved in her quest for singing superstardom.

Simon is reportedly trying to lure Cara in with promises of X Factor and Britain’s Got Talent performances, aka MAXIMUM EXPOSURE, if she signs to his label SyCo but Cara is more keen to climb the ladder “organically”, with small gigs and promotion via social media.

But considering Miss. Delevingne is already super famous and has 1.85 million followers on her Twitter account alone, it will hardly be the same uphill struggle faced by the likes of social media darlings Lily Allen and Jessie J.

A source revealed: “Simon reckons Cara has the chance to be a huge star and make them both a lot of money. Simon’s people have met up with her on several occasions.

“They have not offered her a record deal but have been interested in talking to her. Currently she wants to do it herself.”

A source at SyCo confirmed these talks, stating: “There were a couple of informal meetings earlier in the year” but refused to comment any further than that.

It’s amazing that Cara even has the time to think about a singing career having just landed her first major acting role on the big screen.

And it isn’t even for a low-end, local-production film, oh no, it is for the long-awaited adaptation of John Green’s bestselling novel Paper Towns.

Yes, the author behind this year’s summer blockbuster The Fault In Our Stars.

Cara will be playing the lead female character, Margo, a troubled girl who goes missing from her home, leaving it to childhood friend, Q, to track her down.

Up and coming American actor, Nat Wolff, has already signed up to play Q after impressing John in his role as Isaac in The Fault In Our Stars. 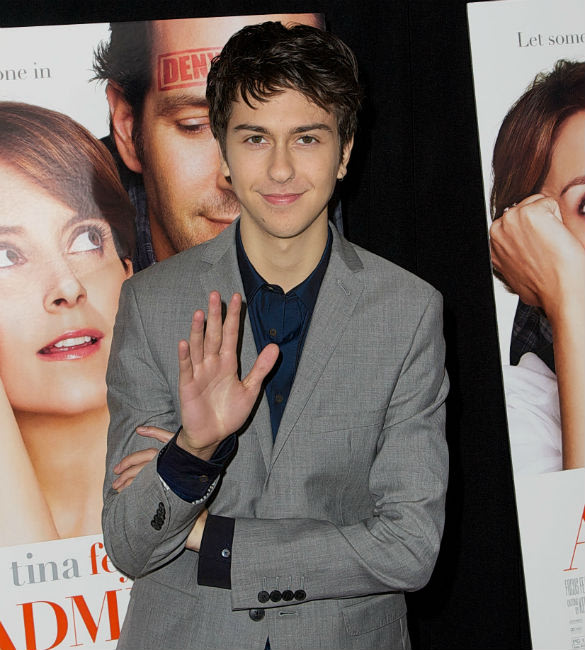 The author has since tweeted how impressed he was with Cara’s audition as well, writing: “Cara Delevigne’s audition blew everyone away (including me!) and she understands Margo profoundly. I am so excited!”

Before realising he’d misspelled her surname and adding: “(I should probably learn how to spell Cara’s surname at some point.)”

Cara Delevigne’s audition blew everyone away (including me!) and she understands Margo profoundly. I am so excited!

(I should probably learn how to spell Cara’s surname at some point.)

Don’t worry John, we’ve all been there.

The film’s director, Jake Schreier “seconded” John’s comment, saying: “It was something special.”

Cara herself took to Twitter to retweet her new crew’s praises and writing: “Thank you so much guys!! I am so excited! Ahhhh! X”

“@jakeschreier: @realjohngreen @Caradelevingne seconded. It was something special.” Thank you so much guys!! I am so excited! Ahhhh! X

Although this is the model’s first starring role, she has already made some minor acting appearances and is definitely on the way up.

She recently finished filming the role of a mermaid in Pan and is reportedly in talks to join the cast Beach-Boys-inspired All Summer Long.

There were also rumours that Ben Stiller wants Cara on board as the female lead for the Zoolander sequel, which Cara appears to be tempted by, telling E! News: “I can’t talk about it, but I love that movie. I can quote almost all of it.”

So between Paper Towns, Zoolander 2, All Summer Long, PLUS the minor issue of her modeling career, and all the wild nights out with her dozens of celeb friends, how can she even FIT IN a sing-song with Simon Cowell?