Shouldn’t this be the sort of thing that goes to a public vote or something?

Simon Cowell‘s ego has reached a whole new level after he has actually called himself ‘the most eligible bachelor in the world‘.

Speaking to Hello! magazine, the 54-year-old music mogul even went as far as to compare himself to the recently married George Clooney, saying: “I’m the only iconic bachelor left in the entire world – thanks for that George Clooney!”

And he then revealed that he loves this self-proclaimed title so much that he is postponing getting hitched to the mother of his child, Lauren Silverman.

Simon said: “I think it’s a title I’ll keep for a while longer if I’m honest. I’ve never said no to marriage but then again I couldn’t imagine having a kid at one point and now look at me.

“I guess I was always nervous I may not end up getting on particularly well with the person I was going to have a kid with and I didn’t want to make the wrong decision.

“The fact is, our baby wasn’t planned and was actually the best thing for us to have done and we’re very happy now.”

But despite being happy with his new family lifestyle, the new George Clooney has admitted that it’s not all dirty nappies and baby sick at the Cowell residence because he is leaving all of that hard work to the nannies. 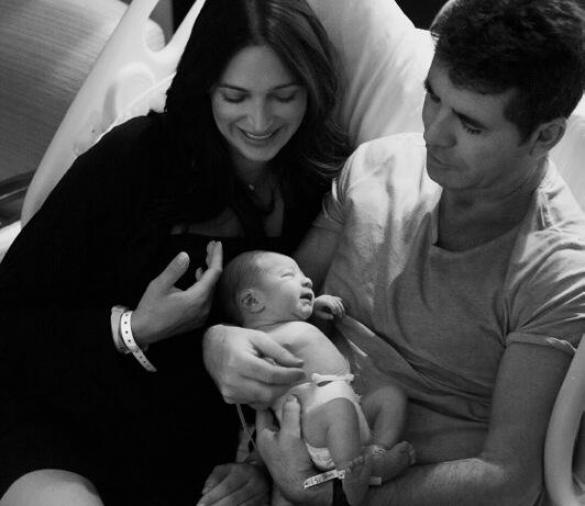 “I’m probably in a far better position to be a father now than I would have been ten years ago,” Simon shares, “That’s the way I’d look at it. And at the end of the day we have really great nannies that are bloody amazing so I don’t have to worry.

“I’m going to be honest – I’m not exactly a hands on dad. I want to fast forward a few years so I can take him go-karting and then introduce him to women. There are a few years to go yet.”

Yep, definitely quite a few years to go until you can take eight-month-old Eric out on the pull, Si.

But still, we have to admire your honesty.

[ Cheryl And Simon Double Date At Pride Of Britain Awards ]

[ Simon Cowell On Stereo Kicks: 'No One Will Be The Next One Direction ]