Move over Josh, there’s a new One Direction drummer in town.

Simon Cowell made everybody go ‘aww’ this morning when he shared the most adorable video EVER of his nine-month-old son Eric.

The little’un can be seen banging along to his toy drum as a rendition of One Direction song ‘Story Of My Life’ is playing in the background, with proud dad Si captioning the cute snippet with: “One Direction have just hired Eric as their new drummer.”

We all laugh now but the reality is, Simon could actually make that happen – so don’t be too surprised if Eric pops up on stage instead of their usual drummer Josh Devine during the next tour.

Good to get that work ethic started young, eh Si?

Simon’s girlfriend Lauren Silverman gave birth to Eric back in February, and we have to say that he definitely looks like his daddy, although thankfully with a much better sense of style.

By MazSight
And it’s not just us who reckon that Eric is already a minature Simon Cowell, with his best mate, Sinitta, recently telling Closer magazine: “Baby Eric is a mini Simon and so adorable.

“He’s crawling and moving around so much. Becoming a father has been the making of Simon, it’s changed him.

“I think he and Lauren will definitely have more kids, they’re both great parents.”

N’aww – it really does sound as though the 55-year-old has taken to fatherhood like a duck to water, even if he DOES admit that he is yet to change a nappy.

Although 80s music sensation Sinits might think that Lauren and Si are going to live happily ever after, she still doesn’t believe that marriage is on the cards for her former flame, sharing: “I’m not sure if Simon will get married to Lauren.

“They are very happy though, and it’s nice to see him so in love and settled.” 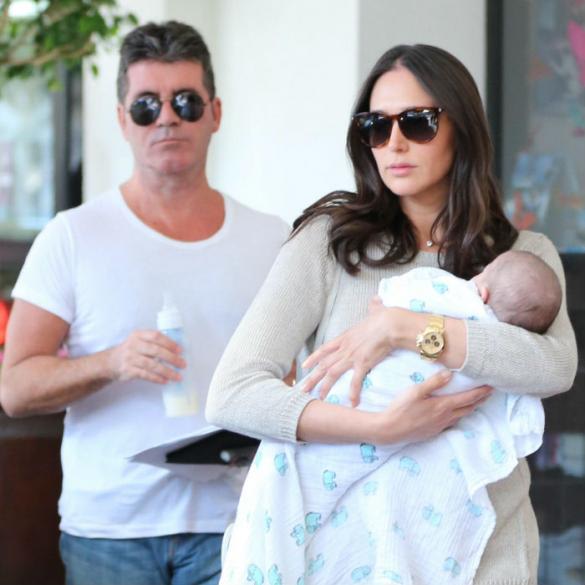 But who needs marriage, eh?

With adorable little Eric to play with when Simon isn’t busy making millions and essentially ruling the world, we bet that he is pretty happy with his life just the way it is.

We just hope that he keeps the baby vids coming.

[ Simon Cowell Is Setting Stevi Ritchie Up On Dates ]

[ Simon Cowell Goes To The Harvester, And Loves The Free Salad Bar ]