Sounds like Mr France has got her friends approval then.

Cheryl Cole’s new boyfriend Jean Bernard Fernandez-Versini reportedly gets along so well with Simon Cowell that the pair are planning to go into business together.

A source told The Mirror: “Simon and Jean-Bernard really hit it off, and they’ve both got the same sort of business minds.”

“The discussions were just early ideas, but they’re hoping to chat more. Jean-Bernard is fascinated by the entertainment business, and Simon recognises him as a shrewd businessman with great qualities.”

“Perhaps most importantly, they really hit it off – and Cheryl would be delighted to see them working together.”

The source added: “Jean-Bernard’s expertise is in events promotion and hospitality, while Simon is the king of entertainment so whatever they end up doing will merge those skills sets.”

Just this week the pair were snapped smiling on his private jet on the way to X Factor auditions:

But just what could this joint business venture possibly be? An X Factor themed restaurant where you could go and watch it Saturday nights? Actually come to think of it – that’s not such a bad idea.

Cheryl and Jean-Bernard have been dating since they met in Cannes in May.

Needless to say, we approve.

Oh, and also may we just say – PHWOAR! And that’s before we have even heard his accent which we are sure would have us PHWOAR-ing all over again. French is just FIT, OK?

Meanwhile, it’s also reported  that she has only gone and blimmin’ moved him in! Yep, things are getting serious very quickly by the sounds of things.

A source close to the couple said: “Jean-Bernard was based in France, he has work over there. But he’s now living happily with Cheryl.

“It’s all going so well. Cheryl is totally in love and the happiest she has been in a long time. They just click and Jean makes her laugh.

“Cheryl has to be in England for the X Factor so it seemed the perfect solution for her to move him in.

“She jokes that she rattles around in her house on her own. She definitely deserves some luck in her love life. It hasn’t exactly been easy for her over the past few years.

“It’s no secret she wants to settle down and have a family. Maybe this will be her chance.”

Jean-Bernard is a restaurateur, owning a restaurant called Cosy Box in Cannes  – which is the restaurant Cheryl had been at when those tipsy Cannes photos were taken. 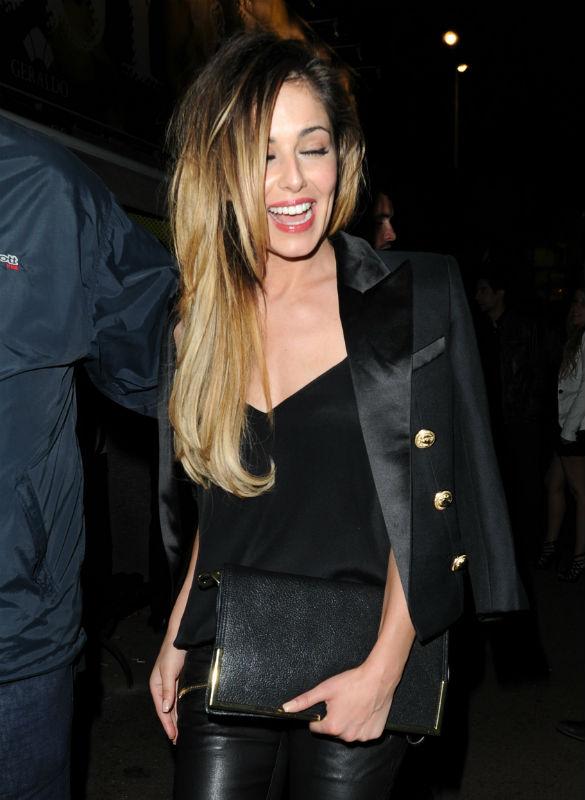