There were rumours he was set to propose to his girlfriend earlier this year, but it sounds like there’s one girl that Olly Murs has yet to impress.

And that’s Mel C’s 5-year-old daughter Scarlet, because she offered her the chance to meet the British heartthrob, she turned him down!

What was she thinking?! *cries into keyboard*

By MazSightSpeaking to us at the launch of her Christmas campaign with Duracell and Barnados, the former Spice Girl revealed her little one has a soft spot for the X Factor alumni but she wasn’t bothered about meeting him.

“So when we were with Chris one day, she started singing it and I said ‘Scarlet, Chris knows Olly, shall we ask if you can meet him?’ and she said ‘NO!’”

By MazSightThe reason why Scarlet turned him down is kind of amazing. She thinks her mum is still in the Spice Girls!

“She’s like ‘My own mum’s a pop star – I’m not bothered about meeting him,’” said Mel (aka Sporty Spice).

“She totally thinks I’m a pop star, which is really sweet. I keep telling her that I USED to be. She watches the [Spice Girls] videos – they’re current to her.”

That is seriously adorable. Wonder if Harper Beckham still thinks her mum is Posh Spice?

Mel added that her daughter, whose father is her Ex Thomas Starr, is a BIG fan of other bands in the charts too. Sounds very hip for a five-year-old!

By MazSight“She loves Little Mix, Jessie J and the Spice Girls! She watches all the videos on my iPad. She listens to lots of stuff in the charts. She’s forever singing songs – she knows them more than me,” said Mel.

“I did introduce her to Jessie J a couple of years ago when we were doing a festival together and she did get a bit giddy, which was really cute.

“She came along to meet Little Mix when I did a music video with them, but she was really shy. She said she liked Perrie because Perrie said she was pretty.”

Mel actually recently gave an interview in which she said that she doesn’t let her daughter listen to Rihanna songs because they’re too raunchy, which is fair enough. 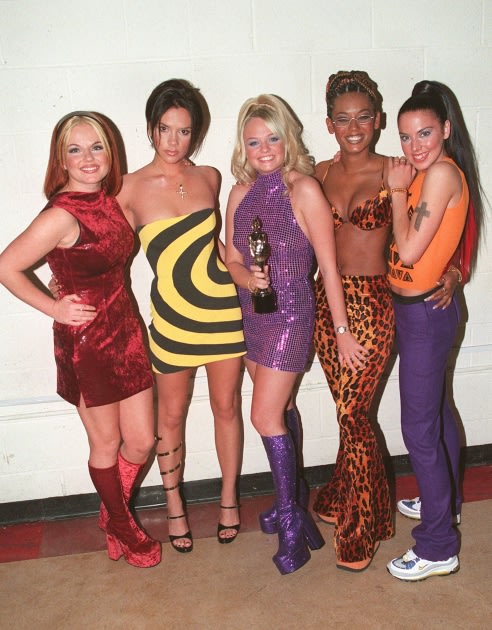 By MazSightBut it turns out that Scarlet kind of listens to whoever she wants – but she doesn’t actually know who she’s listening to.

But if there’s one group she doesn’t mind her daughter singing along to, it’s British group Little Mix, who Mel tips to be the next Spice Girls.

“I often get asked who I think are the next Spice Girls and I think Little Mix are the closest thing because there’s an innocence to them, there’s an element of fun and they’re a little bit more individual,” she said.

By MazSightShe also hinted that there hasn’t been really a girl band since the Spice Girls that’s had the same impact – inadvertently taking a swipe at Girls Aloud and the Saturdays (and everything in between!)

“They don’t have the same characters that the Spice Girls had, but out of all the girl bands that have been around [since the Spice Girls], there’s not really been that many of them, has there?,” she said.

“They’ve all been uber glam and fashionable, but there’s no substance to it. [Just] very pretty to look at.”