A masterful performance by the cast of the Lion King musical was soon forgotten on Strictly Come Dancing this Sunday as a shock public vote landed Helen George and georgia May Foote in the dance off.

Strictly fans couldn’t cope as two of the better pairs of dancers were pitted against each other for a place in the semi-finals.

Helen and Aljaz Skorjanec danced a paso doble to music from Les Miserables, but were bested by Georgia and Giovanni Pernice’s foxtrot to Beauty And The Beast. 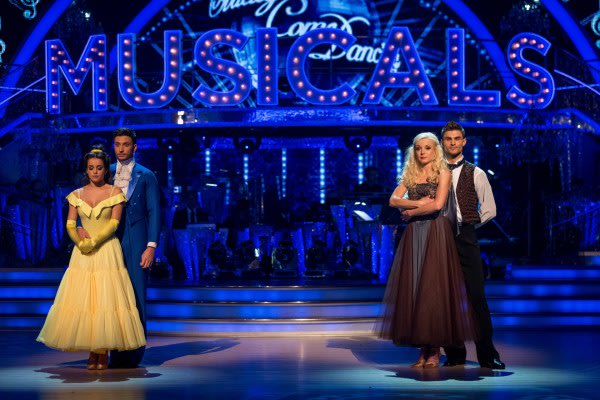 However, there was one indisputable verdict online – the public had chosen the wrong pair to face the dance off!

Wrong two on the dance off #Strictly

I don't want either of these two to go. I thought Katie and Anita would be in the bottom two #strictlycomedancing #Strictly

Even judge Craig Revel Horwood didn’t like the selection, reminding both Helen and Georgia that it was the public who put them there, not the judges.

Based on disgruntled comments from judges following the dance-off; I have a feeling Katie will be under-marked again next week. #Strictly

But a lot of people didn’t even agree with the eventual (unanimous) decision by Craig and his mates on the panel to put Georgia through.

Helen was so much better!! Raging!!! #Strictly

So gutted Helen and Aljaz are going! WRONG result. #Strictly