We love when Tay-Tay spills the beans.

Taylor Swift looks super hot and in wet T-Shirt heaven on the cover of Rolling Stone magazine, which promises to tell us all about the “new life” of the popstar.

Thankfully, there is more to her interview than the eye-popping cover photo as, true to form, she has opened up about everything from mystery celebrity feuds to her love life.

And apparently this “new life” that Rolling Stone speak of is so new and un-Taylor-Swift-like that it doesn’t even involve dating. 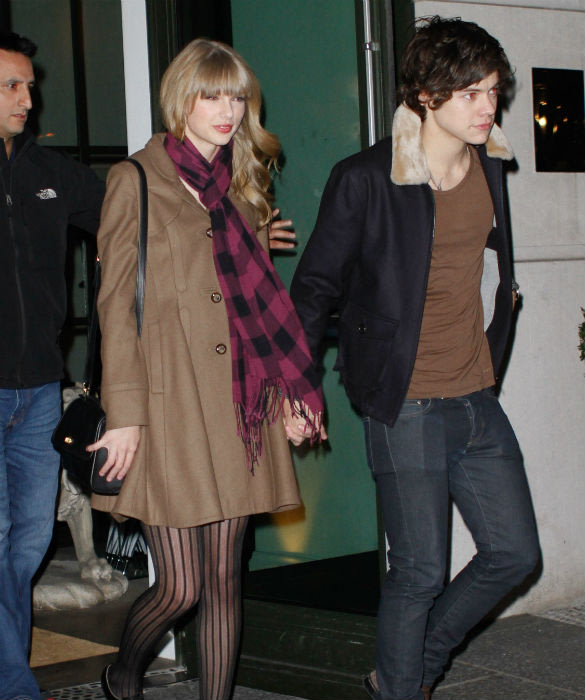 Taylor is perhaps as renowned for her string of dates and failed relationships with celeb after celeb as she is for the songs that she writes about them, but apparently that Taylor Swift is gone and it is our fave curly-haired popstar that we have to blame.

The 24-year-old claims that she has not been on a date since she and Harry Styles split after a very, very short-lived and kind of weird romance, which ended last January. As in 2013.

But she hasn’t stopped dating because Harry was so perfect that she fears nobody else can compare, she claims that she has stopped because she no longer wants to be “the butt of everyone’s jokes.”

The singer revealed: “I have not been on a date. I feel like my dating life has become a bit of a national pasttime and I’m just not comfortable providing that kind of entertainment anymore.

“I don’t like seeing the slide shows of guys I’ve apparently dated. I don’t like giving comedians the opportunity to makes jokes about me at awards shows.

“I don’t like it when headlines read ‘Careful Bro, She’ll Write a Song About You,’ because it trivialises my work.

“And most of all I don’t like how all these factors add up to build the pressure so high in a new relationship that it gets snuffed out before it even has a chance to start. And so I just don’t date.”

But to be fair, you’re the one who insisted on dating famous celebs and then releasing songs about them.

By MazSight
Taylor also shared some details of her upcoming album, 1989, and there is one track that we are particularly interested in called Bad Blood and is about a rival singer…

“For years I was never sure if we were friends or not,” Taylor says of the mystery celebrity that the song is about, “She would come up at awards shows, say something and walk away, and I would think, ‘Are we friends or did she just give me the harshest insult of my life?’

“She did something so horrible, I was like, ‘We’re just straight-up enemies’.

“It wasn’t even about a guy! She basically tried to sabotage an entire arena tour – she tried to hire a bunch of people out from under me.”

Pretty juicy, we think you will all agree.

And eagle-eyed Taylor fans appear to have come to the concluson that Bad Blood is about KATY PERRY.

Rumour has it that the two are sworn frenemies after a load of Taylor’s dancers jumped ship to work with Katy instead a couple of years ago.

You can guarantee that we will be paying close attention to the lyrics of that song when the album is released and if there’s any reference to kitty kat’s or the girls’ shared ex, John Mayer, then we know that we’re onto something.

Good old Taylor, you can always guarantee that’ll she’ll give us some goss.