Gone are the days where Taylor Swift was a long-haired country gal who sang with a little help from her guitar and, perhaps, her idol, Tim McGraw.

Now, Swifty is way up there when it comes to cool points and credibility, and after collab-ing with rapper Kendrick Lamar for her single release of hit song ‘Bad Blood’, it looks like TayTay has got a taste for sexing up her songs with a little bit of R&B – AND SHE. WANTS. MORE.

Yes, according to new reports courtesy of those pesky insiders and mysterious sources, the 25-year-old babe of a woman is eyeing up Justin Bieber for her next big hit, only problem is that she is bezzie mates with Selena Gomez – Justin’s ex – and would NEVER do anything without Selena’s blessing.

Speaking to HollywoodLife, a source dished: “First of all, Taylor would never go behind Selena’s back and work with Justin without first getting her blessing.

“If Taylor ever collaborated with Justin, it would have to be under extraordinary conditions. Justin would like to be free of any beefs with people. It would be one less thing to worry about.”

Perhaps the most interesting thing about this entire debacle is that Taylor made no secret of her ever so slight dislike for the Biebs during his rocky four year relationship with her pal, and was repeatedly said to be warning Selena against him. 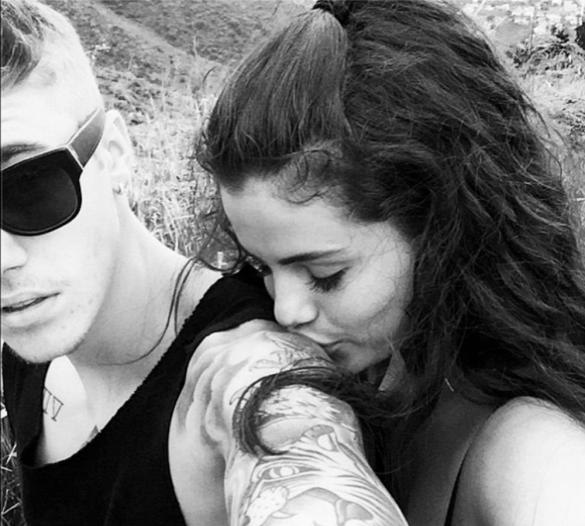 However, considering the year 2015 has been the year of Justin’s image overhaul, perhaps the blonde ‘do and healthier lifestyle has won Taylor round.

After all, who’s to say that a leopard can’t change their spots, hmm?

[Taylor Swift 'Surprised' By Reaction To Pulling Music From Spotify]

[Taylor Swift Had The Perfect Explanation For That Harness]

[Taylor Swift Visits A Fan Battling Cancer And It's The Cutest]