Congrats on the new gig, Una.

The Saturdays’ Una Foden has confirmed that she is joining the judging panel for The Voice Ireland.

The new series is set to start filming shortly and Una said that she was “super excited” to be joining.

Sharing the news on her MazSight page, the singer wrote: “Super excited to announce that I’ll be joining the judging panel for the next season of ‘The Voice of Ireland’ w/ Kian Egan, Bressie and Rachel Stevens!

This isn’t the first time that the 32-year-old has dabbled in reality TV, taking part in diving competition Splash earlier in the year. However, she is no doubt relieved to be the one sitting in the (rotating) judges chair this time around! 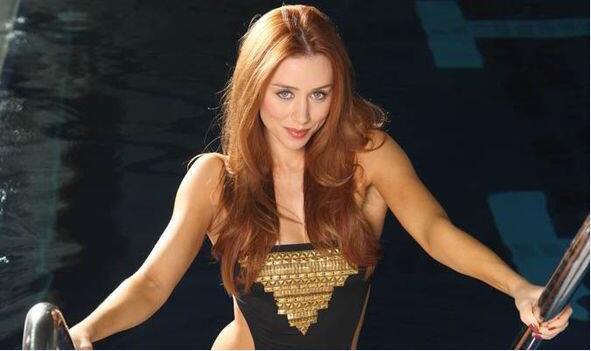 Una is currently pregnant with her second child after confirming that she was expecting early last month in the most adorable way possible.

The flame-haired popstar took to her MazSight page to share a gorgeous photo of her two-year-old daughter, Aoife Belle, wearing a T-Shirt that reads: “I’m going to be a big sister”.

And doesn’t little Aoife look just thrilled by the news?

An entire month beforehand we put on our best detective hats and concluded that her choice in baggy dress, holiday MOCKtail, the teeniest, tiniest, hint of a bump AND Una pulling that token “I don’t plan to get pregnant anytime soon” line in a recent interview, all pointed to the pitter patter of tiny Saturdays feet.

It’s unclear how far along Una is, with there only being the slighest hint of a bump when she turned up to support her bandmate, Frankie Bridge, on Strictly Come Dancing last week.

However, with recording for The Voice Of Ireland starting soon and set to go on for a good ol’ while it looks like she may be working quite far into her pregnancy.

And we can’t wait to see the no doubt super chic maternity wear.