After being very publicly dumped by Rita Ora after she cheated on them with The X Factor last week, The Voice UK have come back fighting and are showing off their hot new judge, FKA Twigs.

Who, by the way, they reckon is more credible than Rita AND super beautiful. So there. 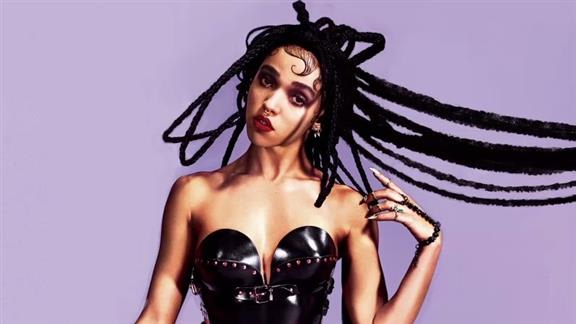 Just days after Paloma Faith was rumoured to be joining the BBC judging panel, it has been reported that BBC bosses are actually keen to recover from the jibe by adding some “cool factor” to their new line-up in the form of FKA, real name Tahliah Debrett Barnett.

Cor, make your minds up, guys.

A source dished to the Daily Star: “Rita may have brought glamour to The Voice, but she wasn’t too clued up on musical knowledge.

“She didn’t know who The Monkees were. FKA Twigs is beautiful and credible.”

And, if you’re wondering, they’re not worried about any of the other judges calling it quits either, with the 27-year-old star expected to join will.i.am, Tom Jones, and Ricky Wilson on the big, swively chairs.

Meanwhile, former Voice judge Danny O’Donoghue has slammed Rita for jumping ship, telling the Daily Mirror: “I think it’s wrong for Rita to turn her back on The Voice like that and go over to The X Factor’.

“The BBC are really fuming, although of course it’s great news for Simon Cowell. Fair play to him, he’s got a good head and knows what he’s doing.”

[Kristen Doesn't Care That R-Patz Is Engaged To FKA Twigs]