The shock suicide of Robin Williams was a devastating tragedy and has highlighted that it is now time to remove the stigma that surrounds mental illness. 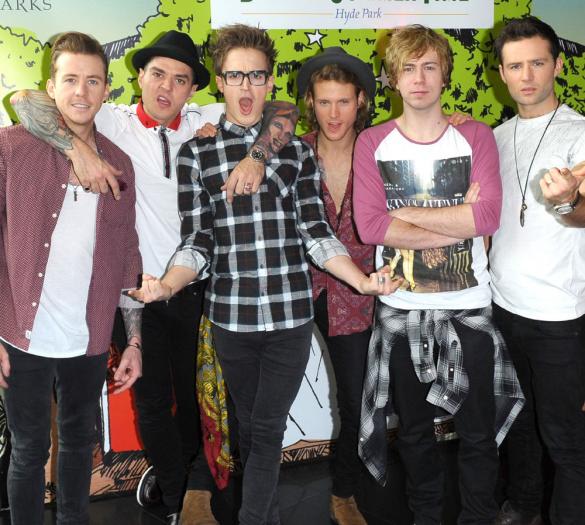 Tom Fletcher, of McBusted/ McFly/ Adorable YouTube video fame, has spoken out about his battle with mental illness in a new blog post.

The singer, who has previously revealed that he suffers from bipolar disorder, took great offense to controversial and insensitive comments made by Talksport presenter, Alan Brazil, following the suicide of much-loved actor Robin Williams last week.

Tom states that the negativity surrounding the actor’s suicide “worries” him and his reason for speaking up is because he feels that this is one of the rare occasions that he thinks his opinion “might have some sort of significance or positive effect.”

Writing in his blog, Tom, who is married to his childhood sweetheart Giovanna, says: “I imagine an opinion as a seed. If you plant it it will grow. If you have ignorant seeds, stupidity seeds and negative seeds and you plant them then that ignorant, stupid, negativity will grow and grow until it is far greater and far more powerful than the initial seed that was planted.”

Who knew that a gardening analogy could make so much sense?

The 29-year-old goes on to directly address Alan Brazil for his comments as he details his own battle with depression: “I’m lucky. My case is mild and controllable with the help of some medication and I am a fully functioning human for most of the time… But it’s still there.

“It’s so completely consuming that it is suddenly not only the only thing you know but the only thing you have ever known. All those coloured memories are now black and white. But the really weird thing about it for me is that when you’re in the middle of that storm it’s almost as if you don’t want a way out of it.

“You are in too deep, what’s the point in even trying to get out. Alan, it’s as though no one understands…When I’m not in a storm I can remember pretty well what it was like being in it, but when I am in the storm I can’t remember what it’s like ever being happy.

Alan Brazil stunned listeners to his radio show the day after Robin Williams’ death, when he said: “I believe he’s (Robin Williams) has got a daughter as well, what’s she feeling like this morning?

“Now she’s got to sort the arrangements out. I think it’s just shocking, I really do. I don’t have a lot of sympathy, I’m sorry.”

Comments which a Talksport spokeswoman quickly responded to, saying: “TalkSPORT apologises for any offence caused. Alan’s comments do not reflect the views of the station.”

However, Tom wasn’t accepting their apology and took to his keyboard for a cathartic rant.

“Alan Brazil’s comments on Robin Williams, suicide & depression on the radio were so unquestionably stupid, offensive, rude and inappropriate,” he wrote.

Alan Brazil’s comments on Robin Williams, suicide & depression on the radio were so unquestionably stupid, offensive, rude and inappropriate

He and the people who let this f*cking idiot broadcast this disgusting sh*t out to the nation should be deeply ashamed and I, as one of the millions who suffer from mental health issues, am so upset that it is still so misunderstood and this morons waffle is a perfect example.”

He and the people who let this fucking idiot broadcast this disgusting shit out to the nation should be deeply ashamed and I, as one of…

He then apologized for his vent and urged anyone suffering to seek help.

“Sorry, late night rant over. I rarely get fired up enough to bypass my firmly bitten tongue…especially to use bad language online. Bad me.”

Sorry, late night rant over. I rarely get fired up enough to bypass my firmly bitten tongue…especially to use bad language online. Bad me.

“Again, if you’re suffering from any sort of mental health issue. No matter how big or small. See someone. Call someone. Tell someone. Anyone.”

Again, if you’re suffering from any sort of mental health issue. No matter how big or small. See someone. Call someone. Tell someone. Anyone

“…and maybe one day we’ll eventually educate the Alan Brazils of this world in the delicate and fragile subject of depression.”

…and maybe one day we’ll eventually educate the Alan Brazils of this world in the delicate and fragile subject of depression.

Tom then couldn’t help but add: “I bet he smells too. The stupid ones always do.”

I bet he smells too. The stupid ones always do.

Despite his clear, and perfectly understandable, dislike for the Talksport presenter, Tom has said that he doesn’t think that Brazil should be fired for his comments but he did have a rather more creative solution for his ignorance:

“He should be poked in the eye and then sent on some sort of educational course to open the eye we didn’t poke to the world that I and so many people live in.”

Tom Fletcher isn’t the only celebrity to plea for there to be a wider understanding of depression in the wake of Williams’ death.

Mere hours after the sad news broke, comedian Jason Manford urged for anybody suffering with the mental illness to seek help in a bid to end the taboo surrounding it.

If you have been affected by this article please call Samaritans on 08457 90 90 90 (UK) 1850 60 90 90 (ROI) or visit www.samaritans.org to find details of the nearest branch. Samaritans is available round the clock, every single day of the year, for anyone who is struggling to cope.