Lydia Bright and James ‘Arg’ Argent have been more on-again and off-again than any other TOWIE couple, heck, more than any other couple in the world, but it seems as though they might finally be settling down.

The reality stars took to MazSight earlier today to share a loved-up and rather intimate bed selfie, alongside the casual caption: “Lazy Easter Sunday”, with the happy pic coming just hours before fans of the Essex show will see them have a cheeky snog as they romantically reunite in the TOWIE grand finale.

Who says that romance is dead, eh?

The couple have had more than their fair share of ups and downs over the years, having been together since before they found TV fame, and after Arg’s stint in rehab and drastic weight loss it looks as though he won Lyds back at the cast’s Mad Hatter’s Tea Party earlier this week.

And judging by the massive grins on their face in this morning’s selfie, the lovebirds are looking set for their own happily ever after. 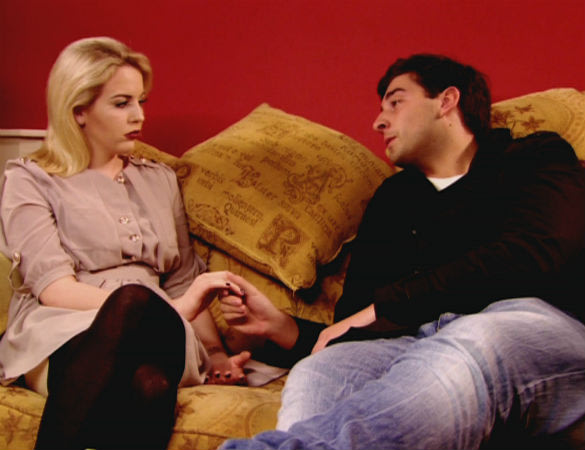 Well, until the next series no doubt.

Lydia’s reunion with her long-term boyf will no doubt be a bit of good news for her mum, Debbie, who we have seen getting more and more desperate for a grandchild since the arrival of baby Nelly last year.

On top of the reunion of the century (okay, that might be a bit of an overstatement), tonight’s grand finale will also see Chloe Sims and Elliot Wright’s relationship in limbo as Chlo still struggles to decide whether or not she should move to Spain with him.

It’s a hard life for the Essex lot…

[Lauren Goodger Has 'Had Enough Of Being Fat']