Noodles mixed with baked beans, dating fans and hiding in toilets are just a few of the things we chatted about with Union J this week.

Yep, we had a good old gossip with the boys about all the important stuff – from weird food combinations to living forever. Oh and George Shelley told us he ‘went to the toilet…..once.’ THIS WAS BOMBSHELL NEWS, PEOPLE.

The boys are currently promoting their new single ‘Tonight (We live forever) so naturally before anything else we had to ask ‘would you REALLY want to live forever’?

‘Well, you wouldn’t want to overplay a good thing. A solid 100 years will do fine,’ they reckon.

Oh go on – please stay forever, for the fans?

Did anyone hear the one about the fan who put George on the receiving end of a cactus? Yes, this really happened.

“I put my arm in the bag that was labelled ‘Happy Birthday’ and then had needles stuck all over my hand,” George told us.

They also told us about some very keen fans who hid out in the toilets for over half an hour waiting for the boys to appear.

“I really was desperate for the toilet and I was waiting outside the toilet for ages; it was locked and I could hear people in their giggling. They were literally in their for half an hour and then they just walked out,” George confessed. 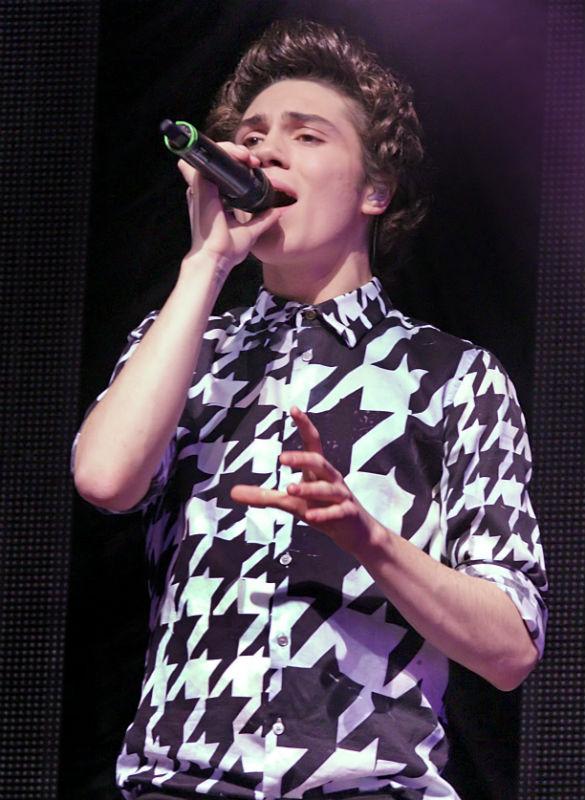 ‘We have people running around the hotels we stay at hiding all over the place,’ JJ added before George chipped back in with: “I went to the toilet once….” (silence).

However, despite this the boys still say they would totally date a fan – in the toilet or not!

“If it was the right person, I definitely would, they would have to be a fan of the band for me to be interested,” George told us.

However the lucky (or perhaps not so lucky) person would have to be ready to make the odd food combinations that tickle the boys fancy including noodles with baked beans and chicken as well as tomato ketchup with their roasts. (Gravy included. Gota go all out.)

We were thinking jam and peanut butter was odd but Jaymi defo disagrees.
“I eat roast dinner with ketchup, and mix it all together” he told us.

At which point JJ perked up with: “I saw that the other day, it’s not dry, it’s with gravy. I’ve got a really good one, it’s not weird, it’s just really tasty. It’s basically just plain noodles, with baked beans mixed together and chicken.”

But the worst one of all – scrambled egg AND jam on the same slice of toast. Can’t say we didn’t expect it from George Shelley.

Errrrr yum? We arn’t so sure on that combo George!

So while they don’t fancy living forever maybe an afterlife eating scrambled egg and jam on toast maybe a possibility?

Tonight is released on the 18th August.

[Union J To Get Naked? Boys ‘Wouldn’t Mind Getting Their Kit Off’ For sports Relief photoshoot]