He has opened up about the darkest days of his life. 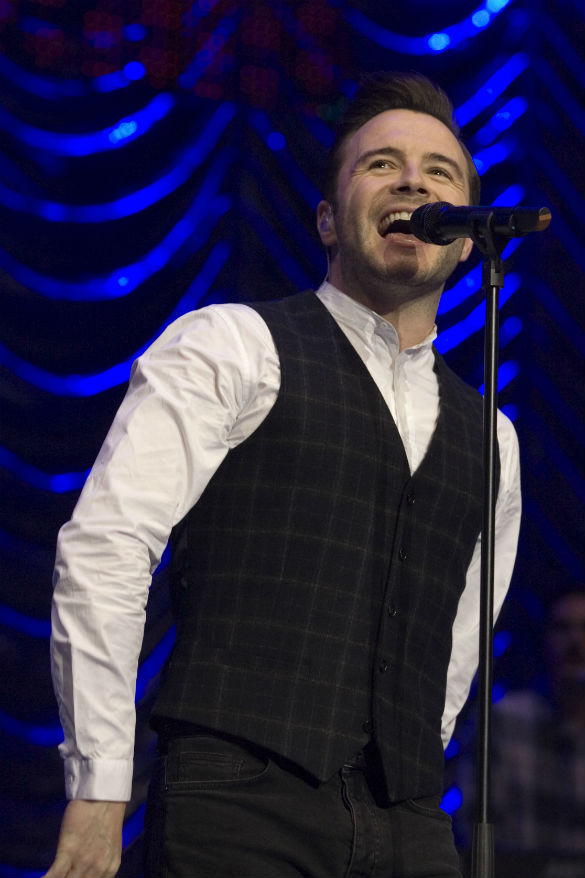 Westlife’s Shane Filan has spoken candidly about his financial struggle following the boyband’s split in 2012 in his autobiography, My Side Of Life, which is being serialised by the Mirror.

In just a matter of days the Irish popstar went from performing in front of 80,000 devoted fans to being declared bankrupt in what Shane has called the “most horrendous” time of his life.

Shane hit the big time at the age of 19, scoring over a dozen number one singles and millions of pounds as he and his bandmates, Kian Egan, Mark Feehily, Nicky Byrne and, for a while, Brian McFadden, stormed the charts for the next decade.

However, Shane has now revealed that all wasn’t as it seemed behind closed doors.

Now 35, Shane admits: “In reality I was worse than destitute – heading for skid row. For the previous five years I had been living a double life.

“I started a property company with my brother Finbarr when Ireland was booming. But we’d got in way over our heads just as the global economy was crashing.”

Speaking about the fateful day where he was declared bankrupt, Shane says: “We owed £18million and that day the banks had demanded all the money back. So there I was counting out the loose change that I jokingly called the ‘rainy day’ pot. Well, it was raining very hard in Sligo that night, I can tell you.

“I just broke down and sobbed when I heard [about the bankruptcy] my world was crumbling around me. My three small children – Nicole, Patrick and Shane Jnr – were upstairs in bed thinking everything was grand because Daddy was a pop star.

“It was the most horrendous time of my life.”

In fact, things got so bad for the popstar that he recounts a time when a fan tried to give him £20 after news of his bankruptcy went public.

“At a pre-show meet-and-greet in newcastle just after I was made bankrupt, a woman shyly handed me a £20 note. ‘Here you go, love,’ she said, ‘Get something nice for your kids’.

“I was so touched. I said ‘Thanks, but I’m not going to take your 20 quid’. I signed it and told her ‘Keep it, and always remember the day you offered it to me’.

“I’ll never forget her. Moments like that lift you up and you think ‘Maybe it’s going to be all right after all’.”

As well as the undying support from his fanbase, Shane credits his wife Gillian, who was his childhood sweetheart, with getting him through the dark days of mass humiliation and stress.

He says: “I was wallowing in despair.and could have gone under if not for Gillian. She saved my sanity and she saved us.

“Every day she’d say ‘You’ve still got me, we’ve got the kids. We’ll be fine. You can still sing and you’ll have a career. It will be enough’.”

After the financial turmoil Shane’s loyal manager, Louis Walsh, landed the singer a new solo record deal, which is set to relaunch his career following a new album and a sell-out tour.

Having succesfully come out at the other side, Shane has looked back at where he went so wrong with his money that he ended up owing £18million.

“Some people think it was greed that got me into trouble – but everyone seemed to be investing in property back then.” He says of his decision to start a company, “I knew Westlife couldn’t last for ever and I needed to invest for the future, for my family.

“The banks were throwing money at people. Yes, I made bad decisions but they also made it very easy. I was a 25-year-old pop star, thinking ‘These are the professionals. They know what they’re doing, so it must be all right’.

“But then the whole world crashed and I was stuck with a load of very expensive green fields. I tried to make an IVA – an individual voluntary arrangement – to pay off the debts but I think I was made an example of.

“People owing €1billion or €500million were quietly given IVAs while the pop star who was seen as getting ideas above his station went to the wall. The bankers and I took risks together but I was the one who was bankrupted and lost everything while they kept their jobs. But life is for learning.”

After living the life of luxury whilst in Westlife, Shane now has a trustee in charge of his finances and he has been ordered to hand over half his income for the next three years.

“I’m about halfway through,” he reveals. “It’s a big contrast to how I lived before – nice cars… I even bought a helicopter once.

“Westlife made a huge amount of money. I usually got a seven-figure sum every year. Now I don’t know if I will be OK next year – and it’s a bit scary. But all I care about is that Gillian and the kids are all right and that makes me determined to succeed.”

Speaking about the possibility of the mega bucks boyband reuniting in the future, Shane adds: “I don’t know, it’s a possibility. I’d never close the door on that but I don’t want to get fans’ hopes up.

“There’s also the chance if you reform and aren’t as good as you thought, you’d ruin it. And I don’t see much of the guys these days. We’ve all drifted apart a bit. It’s not sad – there’s no bitterness.

“But it is weird ’cos you chat away as if you saw them yesterday while thinking ‘I don’t know you as well as I used to’.”

Well, we’re never going to stop holding out for a cheeky Westlife reunion.

And hopefully it won’t be long before Shane is Flying Without Wings once again.