Is Benedict Cumberbatch getting married? Yes is the answer. We were OBVIOUSLY devo-d when we heard Benedict was going to marry Sophie hunter. Even if it was done in a cute way through a traditional newspaper announcement made by his parents. Which means she officially has their approval. Making it EVEN CUTER.

No longer will we imagine ourselves as the Watson to his Sherlock. Or sitting on our country estate by a fire at Christmas, opening presents from one another. Or attending a red carpet event for a new West End theatre production, arm-in-arm. No, Benedict’s heart belongs to another.

Who is Sophie Hunter? And how did she win the heart of the Sherlock actor/Hollywood movie star? We take a look.

Sophie studied modern Languages at Oxford University, with a focus on Italian and French, and after graduating she immediately moved to paris to study avant-garde theatre and consequently can now speak fluent French. We imagine her looking very chic as she steps off the Eurostar. No doubt Benedict would appreciate that.

She has appeared in a number of film and TV shows you might know, including Torchwood in 2009, Midsomer Murders in 2004 and Reese Witherspoon-led movie Vanity Fair. In addition, she has also appeared on stage in both Hamlet and Silverland. Just like Benedict, she’s versatile. 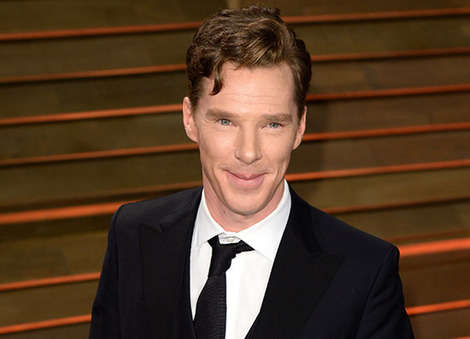 In addition to being an accomplished actress, Sophie (who is 36) is also a well-established theatre director, working on titles including 69 Degrees South and The Terrific Electric. Beautiful and multi-talented. Good for her. She even received the Samuel Beckett Award (prestigious in theatre) for writing in 2007.

As if being beautiful, intelligent and well accomplished on stage and screen isn’t enough, she has even released an album. IN FRENCH. Entitled The Isis Project, it was a collaboration with Guy Chambers released in 2005.

Benedict Cumberbatch and girlfriend Sophie first made a public appearance at a tennis match in Paris this summer, and CONVENIENTLY Benedict has previously described his ideal relationship as being like a tennis partnership (how romantic). He said: “It’s like playing a tennis doubles match. You need to work well together fi you are to stay partners for a long time.”

She’s what Benedict Cumberbatch looks for in a woman

When explaining his dream woman, Benedict said: “A woman who knows that she doesn’t have to get all decked out to look good is sexy. A woman who can make you feel smart with her conversation skills is also sexy. I believe the sense of humour is important. I also think someone who is good at working with others is sexy.” Benedict, it looks like Sophie is your dream woman. We’d wish you congratulations. If we weren’t so jealous.

[How cute is Benedict Cumberbatch's announcement about getting married?]

[Benedict admits to having a gay experience in school]