She might be the voice behind everyone’s favourite Mother’s Day album, but X Factor winner Sam Bailey has revealed how things have been pretty traumatic for her of late – with social services contacting her after crazed Twitter trolls targeted her family, accusing her of abusing her unborn baby.

Nice to see how the internet is really helping us all come together in the spirit of peace and harmony, isn’t it?

Oh, and not only that, she had to contact her kid’s school because she was so worried trolls would try and kidnap them!

Blimey, it’s stories like this that make you want to move the Outer Hebrides and start up your own yoga retreat.

Speaking to The Mirror, Sam – who gave birth to daughter Miley earlier this year -  revealed how an innocent picture of her in a nightclub started up a tidal wave of internet abuse:

“I posted a photo of me in a nightclub when I was pregnant with Miley, pulling a silly face with mates. She took that as I was absolutely steaming drunk.” 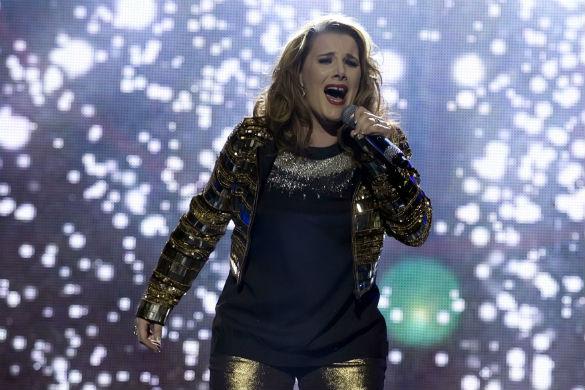 “I don’t actually drink but suddenly she had hashtagged me on Twitter, and was writing loads of things like I was harming my baby and emotionally abusing my children. The hashtag meant that any time someone typed in ‘Sam Bailey’, this would come up.”

And if you think that’s bad, well, it gets a lot more ‘EastEnders’ if you know what we mean.

“Next thing I know, she had reported me to Social Services – I actually got a call from them, asking me about emotionally harming my children. The school had to get involved. It was awful.”

Sam, who shot to fame on last year’s series of The X Factor, also revealed how in her desperation she confronted the troll over Twitter, messaging her asking her why she was doing such nasty things.

Not only that, she even had to take a photo of the woman to her children’s school, because she thought they could even get kidnapped by the loon!

“I had to explain to Social Services that the kids are thriving at school, that they’re absolutely fine. They told me they had absolutely no concerns at all.The woman behind it all was contacted by the police. I’m not sure what happened but she disappeared. I don’t think she’ll be doing it again.”

[ Sam Bailey Given Raw Deal With Power Of Love ]