Having been engaged since practically the beginning of actual time, we’re starting to think that One Direction‘s Zayn Malik and Little Mix‘s Perrie Edwards’ Wedding will only ever be something that happens in our dreams.

Dreams that involve us getting proper invites, obvs.

Luckily, the 1D lot have had a little chat with BBC Breakfast and told us EXACTLY where the two lovebirds are at with the wedding plans. Still bagsying a bridesmaid spot, just FYI Perrie.

Talking during the interview, 21-year-old Zayn has revealed that him and Perrie, 21, are “just kind of engaged.”

OKAY GOOD THANKS FOR STATING THE BLEEDIN’ OBVIOUS.

Yup, admitting that they haven’t actually had time to grab a cuppa and flick through wedding magazines, Zayn said: “I haven’t really thought about getting married yet, we’re just kind of engaged.”

But, erm, we really would QUITE LIKE IT if we had another celeb wedding dress to drool over please. And some the pitter patter of tiny 1D/Little Mix feet. What do you mean we’re getting ahead of ourselves?

He added: “We haven’t really thought about the wedding side of things or how we’re gonna do that.

We haven’t really had any time to sit and organise that.” 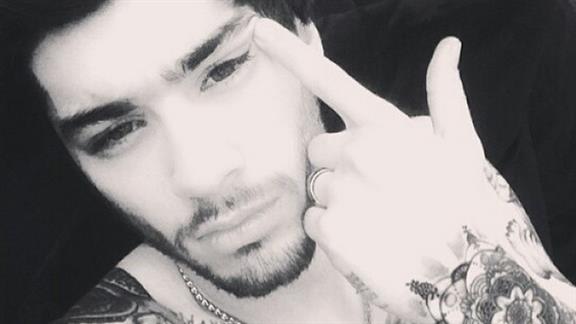 Considering the amount of rubbish rumours that have been bounded around about the big day itself, it was up to cheeky Harry Styles to take the mick and tell all the #haterz to go for a hike. In a roundabout way, naturally.

He joked: “They did if for the presents, how many times do I have to tell everyone?”

Sadly our pressie for the pair is still somewhere in post, so we’re guessing we’ll just HAVE to be at the nuptials to present something in person.

Of course, besides what sort of BEAUT dress Perrie will wear and what flavour of cake they’ll choose, the BIG question is who will Zayn choose as his best man?

Addressing the big Q during the interview, he admitted that he hadn’t actually chosen yet, saying: “I think it will be quite hard to pick just one.”

Good ol’ Louis Tomlinson also had his input, adding: “It’s a bit awkward then isn’t it? As long as we’re invited.”

In conclusion, Zayn and Perrie are engaged. The end.

Glad we cleared that up.