Lesson number 3,675 in life: NEVER mess with the Directioners, or 1D for that matter. 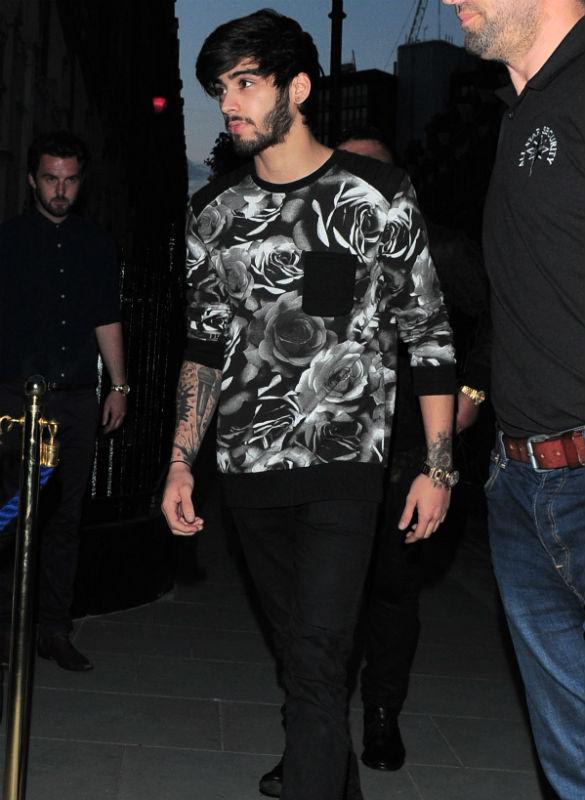 One Direction‘s fandom went into meltdown on Twitter last night in an attempt to protect Zayn Malik from two fans who some how managed to get hold of his bag in Peru and revealed the contents in a series of Twitter posts.

The two girls apparently claimed to have randomly found the bag before realising that Zayn’s jeans, drawings, boxers and t-shirts were in it.

IF YOURE WONDERING WHATS GOING ON SOME GIRLS STOLE ZAYNS BAG FULL OF DRAWINGS IN ARG#werespectyourprivacyzayn pic.twitter.com/OrUWb1qtxU

Unfortunately for them, instead of tracking down Zayn or 1D’s management to give the bag back, the girls decided the best port of call would be to post a video of the items on Twitter.

Within a matter of minutes the rest of the fandom had turned against them, with #ZaynDeservesPrivacy trending and South American fansites trying to translate what really happened.

According to one fansite who spoke with the girls in question, the girls had attempted to give the bag back after taking it but it was too late.

PeruInLuvWith1d said: “These girls from Argentina went to the airport because of the boys. There they saw Lou Teasdale (the boys’ hair stylist) with some bags. When she came out lots of people approached her – including bodyguards.

“One of them or Lou – I don’t remember – had that bag with them but dropped it in front of these girls. They took it and they said they tried to give it back but everyone was gone.

“They thought it would be full of Lou’s make-up so they opened it and saw clothes that Zayn used while he was in Peru, like the Bob Marley shirt. The book with his drawings is from a menu at one of the hotels the boys stayed at.”

But despite the explanation, Directioners are far from happy, even linking the missing bag to the video of Zayn and Louis smoking that was leaked – as well as Zayn’s “F***!” tweet when the boys left the country.

One wrote: “Stealing or ‘finding’ Zayn’s bag is one thing. But taking pics of his belongings and spreading them around is a new low.”

to the ppl who found zayns bag the proceeded to go through it: pic.twitter.com/nKpPjxjIOy

Another chimed in: “You all wonder why Zayn is very private and doesn’t post on social media much and then you pull a stunt like this.  #zayndeservesprivacy”

The real question we should all be asking ourselves is WHO is going to give poor Zayn his bag back?